The HTC M8 Ace could be walking down the same road as the company’s M8 Prime, as more lakes turn up as the days pass. The latter phone was broadly detailed over the past few days with keys specs and design making their way online, and the plastic version of the flagship could share the same faith.

The first clear image of the HTC M8 Ace has popped up and it looks way better than what we anticipated. The handset is rumored to have a polycarbonate form factor in order to keep the costs low and also tighten up competition with the king of plastic, the Samsung Galaxy S5. The picture of the phone seen below comes via Chinese website ifanr and Unwired View suggests that the device will marketed as a fashionable one. 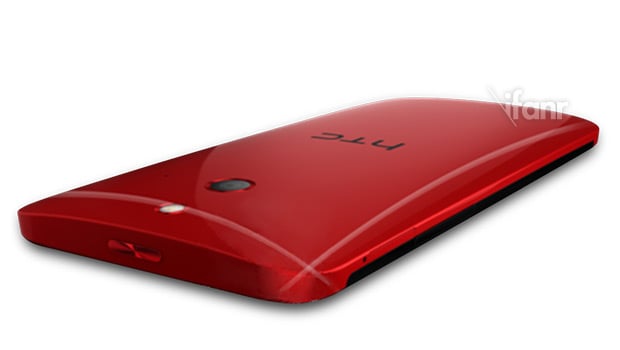 To back this up, HTC has tweeted a teaser image along with text that reads ‘More beautiful curves coming soon.’ It’s pretty clear that the company is referring to the M8 Ace which will have the same curvy design as the current flagship. While the rear panel is all we’re being treated to, there is one interesting bit we’d like to point out. There’s no flash on the rear, just the main camera and the depth sensor above it. Or, the latter component could be the LED flash, but we doubt the company would place it so far apart from the snapper (still a possibility though).

Apart from the bold red shade seen above, the HTC M8 Ace is also expected to come in other fashionable colors. The smartphone is said to have hardware similar to what’s found on the One M8.