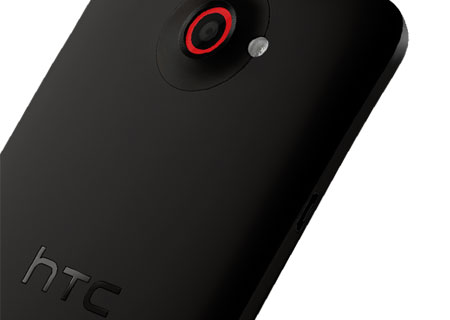 The HTC M7 release date is the latest in a long list to receive undue attention in the buildup to this year’s MWC. In a way, the talk surrounding the phone seeped back in after having gone through a cooling off period. And, it is supposed to come in a silvery white shade in addition to the regular black color option.

We’ve heard rumors before about the M7 and we’ve even seen alleged images of the handset leak out and to all the corners of the Internet. In December last year, a report suggested that the company was readying the device to take over from the One X and lead its line of high-end smartphones. A few specs were also leaked back then, but we only had so little to go by.

Then in mid-January, a single picture was outed. This was soon followed by a few more leaked images. While the first of these didn’t provide the world with much information about the gadget, the second even hinted at a new version of the company’s Sense UI. That one came along with screens supposedly pointing to the new UI.

PhoneArena says that HTC Source, a blog dedicated to news and other talk about the Taiwanese manufacturer, has dug up something about the handset’s launch. Apparently the latter is reporting about a simultaneous press event to be held in a few cities around the world in a little under three weeks’ time.

According to the blog’s tipsters, the device will be launched on March 8 which is about two and a half weeks after this alleged press event. Exactly which carriers will get the smartphone onto their networks can’t be narrowed down at the moment, but going by the speculation, US customers will apparently be made to wait since European and UK fans are to welcome it first.

We might have heard rumors of the HCT M7 before, but none of them actually pegged down a release window quite like this. Estimates made some time ago said the company was positioning itself to produce about 4 or 5 million units in Q1 of 2013 to be ready for demand and distribution. With the Galaxy S4’s launch itself hotly anticipated and with so many other announcements scheduled to take place soon, 2013 is turning into a colossal year.