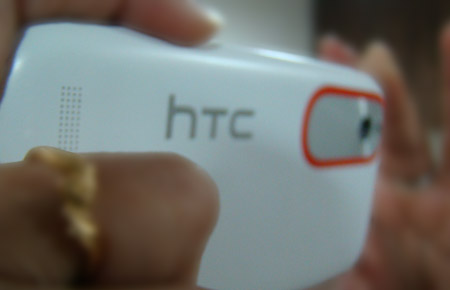 The HTC M7 may just be the company’s new flagship model in development rumored to replace the One X. It will reportedly run on Android Jelly Bean, ship with desktop-rivaling amounts of RAM and figure new lens and screen technology.

The moniker above may only be a code name though, a placeholder for something else entirely. But speculation suggests that it will be a very high end, top-of-the-line device. It is expected to come with a 4.7-inch screen just like the One X, but will supposedly have a much higher pixel density, and at 468ppi, it is over 40 percent more densely packed with tiny pixels than the iPhone 5.

As is the case with every step in technological advancement, the phone is said to feature a new 1080p SoLux display capable of providing a wider range of viewing angles, color accuracy and better outdoor visibility. In addition, it is expected to have several visual improvements over current generation screen technology.

In a report by Unwired View, according to a previously reliable source, the M7 from HTC will feature a quad core Qualcomm processor with each core running at 1.7GHz. Accompanying this CPU, there will be 2GB of RAM and 32GB worth of internal memory storage. Whether this will be expandable is not known.

The device apparently sets out to far surpass the model it succeeds, with a 13MP CCD sensor and an f/2.0 lens which is larger than the one found on the One X. This enhanced sensor is allegedly termed ‘Cinesensor’ and is said to bring better images as well as super slow motion video capture and video HDR. In addition, a front-mounted 2MP camera should also be capable of capturing in 1080p.

Rounding up the fairly impressive spec-sheet is the 2300mAh battery. There will also reportedly be stereo speakers and Beats Audio for music enhancement, as well as the next generation in Wi-Fi standards, 802.11ac. The rumors even go so far as to name the first carriers brought on board – Verizon and Sprint.

And when will we see the HTC M7 break cover? Well, apparently it will be unveiled at next year’s MWC, just as the One X before it did this year.

Rumored specifications at a glance: