The selfie is a craze that seems to be in no mood of dying, which is why smartphone makers can’t stop themselves from toeing the line. HTC hasn’t yet introduced a selfie phone of its own, but that’s apparently about to change on October 8.

An invitation from the company to an even that is to be held in New York has started reaching press outfits (via GSM Arena). ‘HTC presents double exposure’ is what the invite reads, as can be seen in the image right below. What’s also worth noticing is the picture that accompanies the text. 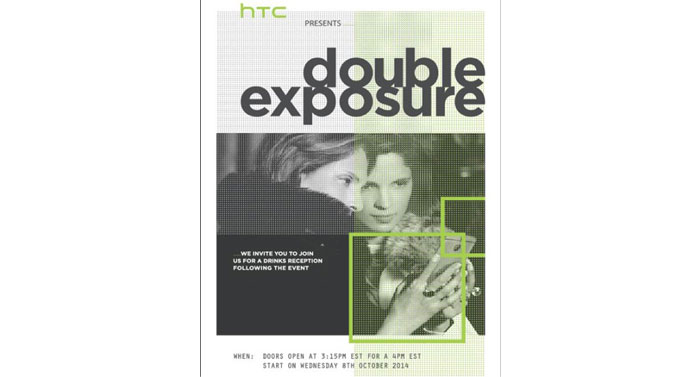 A couple of girls appear to be snapping their selfies with an HTC One M8 in their hands. And that’s about it; nothing more is given away by this invite, leaving a lot to the imagination. Particularly, there hasn’t been any selfie phone from HTC in the rumormills lately as well, which is why it’s hard to guess what the event will be all about.

However, fingers are unanimously being pointed towards the occasion having been reserved to be the launch pad for a carrier branded version of the HTC Desire 820 which was unveiled at the IFA recently. This smartphone carries an 8MP front-facing camera onboard which somewhat qualifies it for the selfie phone tag. It could be that the US model will come with a front-facing flash to enhance that appeal furthermore.

October 8 is still a long way ahead, and hence, we might hear something about this supposed HTC device as we move towards the launch date, so stay tuned.