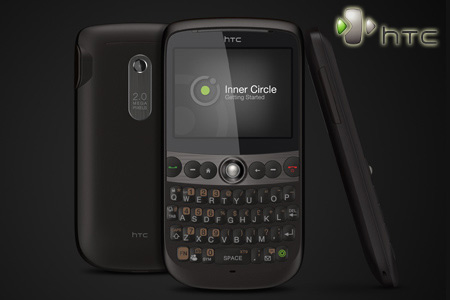 The most recent addition to the HTC line of smartphones is a new QWERTY device called as the HTC Snap. Simplifying the way users stay connected, the latest smartphone comes with the distinct InnerCircle feature that has the ability to auto-prioritize emails.

Specifically tailored to offer users an easier way of staying connected, features of the Snap phone find their roots on a recent study carried out by Harris Interactive and commissioned by HTC. The study revealed that nearly 55% of mobile users in the US prioritized around 5 or fewer people with whom they frequently communicate through email.

HTC incorporated the InnerCircle feature based on the survey’s response. The innovative feature enables the Snap smartphone to access a dedicated InnerCircle key. On being pressed, the key prioritizes emails from a pre-selected group of people. It allows users to see important messages right on top of their inbox.

John Wang, Chief Marketing Officer, HTC Corporation commented, “Recognizing that people are being overwhelmed by an avalanche of email, the HTC Snap introduces Inner Circle, an HTC innovation that makes it easy for people to prioritize messages from the most important people in their lives at the press of a button. The HTC Snap represents the latest step in HTC’s mission to create a range of innovative smartphones, each with specific benefits designed to both surprise and delight our customers.”

The phone is less than 12 mm in thickness. With a slim and sleek fabrication, the novel HTC Snap phone is equipped with a QWERTY keyboard. The ergonomic design of the keyboard including extra-large domed keys allows users to enjoy a responsive tactile feedback. Users are offered a more accurate, fast and comfortable way of typing emails and text messages. Sporting a standard 1500mAh battery, the phone provides up to 8 and a half hours of talk time.

The phone is also enabled for the high-speed 3G HSPA connectivity that allows users to share digital content while on the move. The phone should excite business users in particular thanks to its robust features. With access to the Microsoft Exchange server, users can synchronize email, calendar and contacts. Users can also take advantage of the Microsoft Windows Mobile 6.1 standard platform that provides a simple and easy-to-use interface.

Starting Q2 of 2009 the HTC Snap smartphone is expected to reach stores in select channels following a global launch in the second half of the year. In addition to this, in summer the US market will be offered an unlocked version of the phone that supports HSDPA at 850/1900MHz dubbed as the HTC S522. There are no details on the price of the phone.