While Microsoft and Nokia take a break to sort things out, HTC’s Desire 601 and 300 handsets should have a good run in the mid-range phone market. We mean, Nokia has built a reputation for itself in the affordable handset division and its uncertain future seems to make a bit more room for competitors.

The point is that HTC has let out the Desire 300 and 601 in all their mid-range glory. You’ve seen the latter before, haven’t you? No, we’re not talking about the HTC One Max. That’s a phablet which is likely to be launched before October is over, or at the IFA 2013 if we’re lucky. The 601 has a 4.5-inch touchscreen, a 1.4GHz dual core Snapdragon 400 processor and 1GB of RAM. 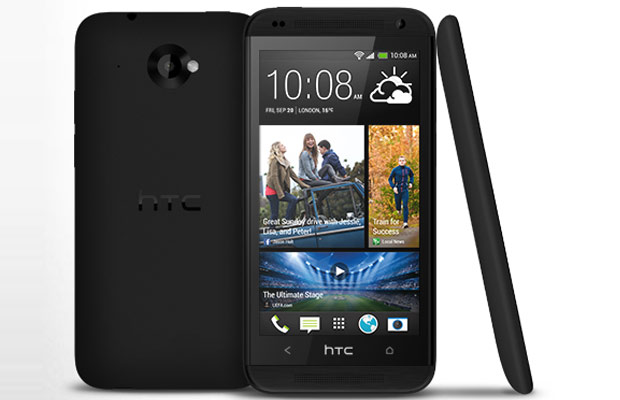 It will offer 8GB of onboard memory with additional hoarding space of 64GB courtesy of the microSD card slot, a 5MP main camera, a VGA front lens and a 2100mAh battery. The last mentioned should give you around 12.8 hours of 3G talk time and there’s no word on how much can be squeezed out on 4G LTE networks.

The more modest Desire 300 has a 4.3-inch display, 512MB RAM, 4GB internal storage (64GB microSD card slot integrated), a 5MP rear sensor and a VGA webcam. It works on a 1GHz dual core Snapdragon S4 chip and is powered by a 1650mAh battery. The Android OS version powering either of the two smartphones hasn’t been specified at present. Not KitKat, surely.

It looks like HTC will be selling the 300 in white or black and that the 601 will get those as well as one more additional color option in the form of red. Both phones are chalked to be made available in October.