HTC Golf poses for a photo, might tee off later 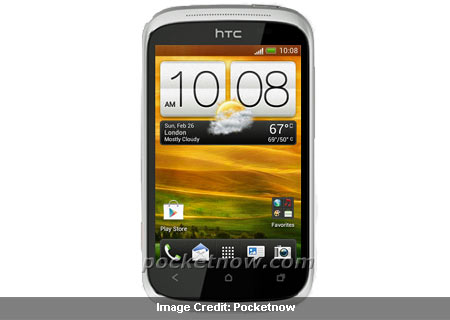 Another day, another rumor and this time it’s the HTC Golf smartphone that’s making news. Having already made its appearance once before, this possible HTC entrant was recently caught smiling for the camera.

Based on speculations, the device is touted to be the Taiwan-based manufacturer’s next entry-level offering, accompanied by a decent provision of hardware components. Powering the handset is Google’s latest mobile OS, the Android Ice Cream Sandwich that’s most likely to receive a coating of the Sense UI, presumably the most recent version 4.0. As we’ve already stated, the device which is codenamed ‘Golf’ has already made its appearance once before through a test image. And the guys over at Pocketnow have managed to lay hands on a leaked press shot as well.

Where specifications are concerned, the handset is expected to employ a single core, sub-1GHz processor of unknown clock speeds. For memory, it might just wrap in 512MB of RAM and 4GB of on-board storage. And besides the microSD card slot which supports a maximum of 32GB storage, the smartphone is expected to be accompanied by 25GB of free Dropbox cloud storage for a period of 2 years, with which the One X, S, and V currently ship. Other features are most likely to include a 3.5-inch display with 480 x 320 pixel resolutions, Bluetooth 3.0 and Wi-Fi 802.11 b/g/n connectivity. The usual attributes can also be expected from HTC, such as the Beats audio enhancement, typical sensors as well as radios and 7.2Mbps HSDPA support.

The HTC Golf release date is reported to fall sometime during the late Q2 of 2012, along with the HTC Wildfire C smartphone. The device should be available in a wide selection of shades. Price details aren’t disclosed as of now.