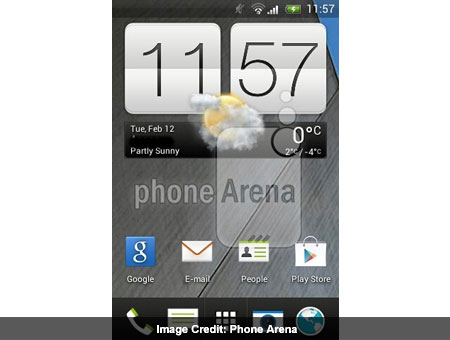 The HTC G2 may just be the device to out a simpler version of Sense 5, if a leaked screenshot is anything to go by. At this point it is not even clear if such a device is being developed, since its existence is in doubt and it is yet to be announced. But even with a good helping of optimism, we shouldn’t label this anything but a rumor.

Phone Arena is reporting that a tipster has sent in the image seen above, claiming it is a UI screenshot of the G2 from the Taiwanese company with Sense 5 meant for testing purposes. The website speculates that the handset could be launched at this month’s MWC or still earlier at next week’s HTC One event. The company’s secret naming system (if one does exist) is starting to sound like something out a badly-written British spy novel, with the M7 rumored for quite some time now.

If the image turns out to be real, this would reiterate what we saw towards the end of January this year. At that time another batch of leaked photos pointed to the phone dubbed the M7 with a new layered UI, opting for a more subtle look. That said, it should be noted that the interface doesn’t seem as minimalistic as was expected from the company.

If the handset in question exists, and whatever it might end up being called, it is speculated that it will be an entry-level device. In terms of specs, it should come with a 3.5-inch display, which is just enough screen real estate for the 1GHz processor that it is supposed to have in tow. But considering these whittled-down features of the phone, it’s possible that the interface might also have been taken down a notch.

On an oddly coincidental note, back in November we reported about a similarly named phone in the LG Optimus series. Speculation regarding that one surfaced and then mysteriously ebbed away. Of course, this should be really high-end, big on RAM and the operating processor. It was even rumored with the next generation of Android platforms – Key Lime Pie.

But coming back, this HTC G2 screenshot that seems to have outed a simple Sense 5 just might be the real deal since the image conforms to a 320 x 480p resolution, also the claimed pixel yardage of the handset.