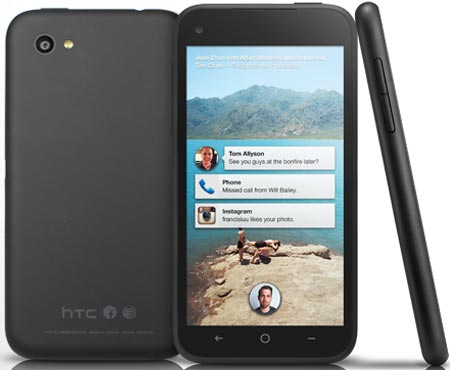 The much-hyped HTC First Facebook phone will not be released in the UK, owing to its dismal performance in the US. It has been found out that the social networking website will focus on improving the interface and making the device more customizable before launching it in other markets.

Engadget who spotted this report on Mobile News had reached out to the guys over at EE and the latter confirmed that the handset’s debut in the aforementioned country has been delayed due to customer feedback. Existing users do not feel very strongly about Facebook Home and have suggested that Mark Zuckerberg and team should work towards making it more intuitive. And that’s exactly what the SNS plans to do in the coming months. 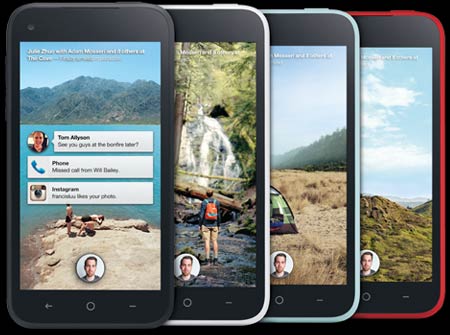 The phone which was introduced back in April, was made available via AT&T in the US and in order to attract customers towards buying the device, the carrier had also reduced the on-contract price from $99.99 to $0.99. We had also come across reports that this service provider is considering discontinuing the handset altogether. In Britain, it was supposed to come through Orange and EE and was already up for pre-order as well. But going by the latest development, the orders will be cancelled.

Here we have thrown some light on the device’s specifications. Splashed in shades of black, white, pale blue and red, the phone featuring Facebook Home built on top of the Android Jelly Bean 4.1 OS, brings a 4.3-inch 1280 x 720p touchscreen. It hides a 1.4GHz dual core Qualcomm processor in the chassis with dimensions of 4.96 x 2.56 x 0.35 millimeters and weighing 4.37 ounces.

Loaded with 16GB onboard memory and 1GB of RAM, the handset draws power from a 2000mAh non-removable battery for talk time of close to 14.3 hours. A 5MP camera with LED flash, 4x digital zoom and the ability to record 1080p videos is present on the back, while a 1.6MP webcam sits on the front to facilitate conference calls. 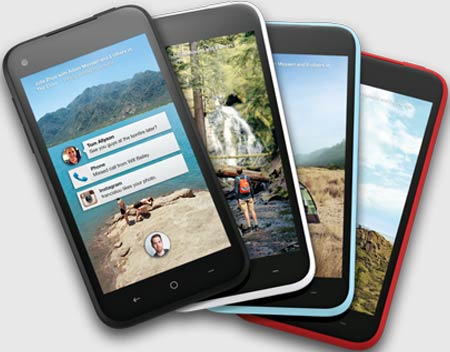 As we have already mentioned, the HTC First Facebook phone will not be released in the UK and those interested in grabbing this piece of hardware stateside can do so through AT&T before it reaches EOL. The smartphone runs on the 4G LTE network.