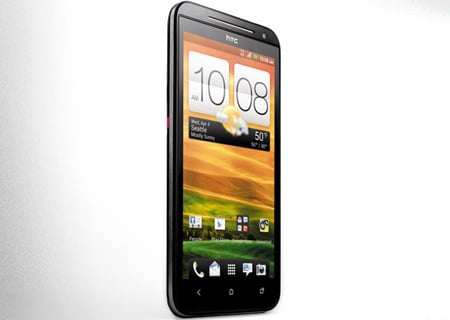 Taking its place besides the LG Viper 4G, the HTC Evo 4G LTE is expected to be the second smartphone to surf on the Sprint 4G LTE network at launch. Pre-orders for the device are slated to commence starting Monday, May 7, 2012.

Being part of the long running HTC Evo family, this smartphone is built from an aluminum spaceframe and is coated with an anodized black finish. It employs a 4.7-inch HD 720p Super LCD display with viewing angles of up to 80 degrees and a dual-core processor that operates at a frequency of 1.5GHz. For photography buffs, there’s an 8MP rear-facing camera which features an f/2.0 lens and the HTC ImageSense technology along with a front-facing 1.3MP snapper.

“Sprint has a long history of leading the wireless industry in innovation, and the debut of HTC EVO 4G LTE marks another chapter in that innovation story,” commented Sprint CEO, Dan Hesse. “Once again, we are partnering with HTC to deliver the benchmark Android device for the year with the next generation of our award-winning EVO brand. We know our customers will appreciate the focus on audio and voice quality with EVO 4G LTE, including the addition of Beats Audio and HD Voice capability.”

The Taiwan-based manufacturer has also thrown in a kickstand which is affixed onto the rear side of the smartphone, to provide users an enhanced hands-free video viewing experience. In addition to the Beats Audio attribute, it’s said to be the carrier’s first HD voice capable device. Sprint plans on launching its HD Voice network in late 2012.

The HTC Evo 4G LTE release date is slated to fall sometime during the second quarter of 2012. The smartphone’s price amounts to $199.99 and we’ve already mentioned that it is expected to be available for pre-order starting May 7, 2012.