HTC has an event on August 19, could launch One W8 for Windows Phone

HTC has started sending out invites for a press event which will take place on August 19 in the US. And while no hints have been thrown as to what the company plans to launch, we’re pretty sure it’s going to be Microsoft-related with the One W8 for Windows Phone.

GSM Arena also notes the high possibility of seeing a new WP8.1 smartphone from HTC at the event, but many others suggest that the next Nexus tablet might make its appearance along with a couple of other slates from the Taiwanese OEM. 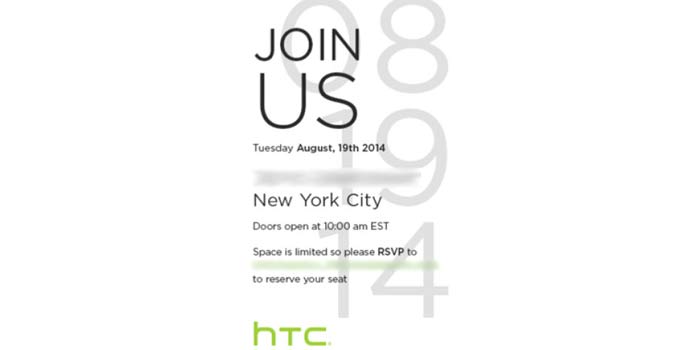 A new version of the J Butterfly was launched a couple of days back in Japan and it could reach the US as a carrier-specific model, but it’s highly unlikely that we’ll see it arrive so soon. Well, we’ve got our money on the HTC One W8 for Windows Phone and an August 19 event would be just perfect if the company plans to release the device on the 21st as suggested by a previous leak.

The downside is that so far, we’ve only spotted the device with Verizon indications which could mean that it’ll be exclusive to the carrier. The phone is said to feature the same design as the M8 flagship and even identical hardware. The Duo Camera and Boom Sound speakers will be present and the phone will be sold with the DotView case.

Here are the leaked HTC One W8 for Windows Phone specs:

A GSM version of the device will without a doubt go official soon, but most likely for the international market and not the US.