One of the coolest things about the HTC One M8 is its unique Dot View case which lets you have a full-fledged yet minimal look at things like time, weather, missed calls and lets you perform many functions, all without even opening the handset’s cover. Owners of the phone and the case will be pleased to know then that an update to the complimentary app is being pushed out right now, equipped with a range of new additions to the experience.

For ease of upgrades, HTC has put its proprietary apps including this one on the Google Play store, and it’s from here that you can download the new release. Following its installation, the Creative Matrix Display which it presents you with will be even more customizable than before. 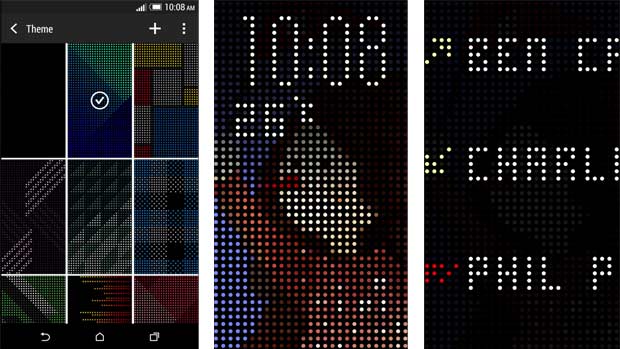 The app mainly gets a new interface which allows you to choose from a number of different backgrounds. And that’s not all; you can even select a custom wallpaper of your own choice and have it get the Creative Matrix Display treatment.

Another fresh introduction is the ability to redial the 3 most recent calls right through the Dot View case of the HTC One M8. Furthermore, this version of the software also allows you to access new notifications by swiping left or right with the case closed.

The HTC One M8 with its Dot View case was launched back in March this year, equipped with a range of advanced attributes as well as a few updates over its predecessor. This all-metal flagship has helped the company actually earn a profit in the previous quarter.