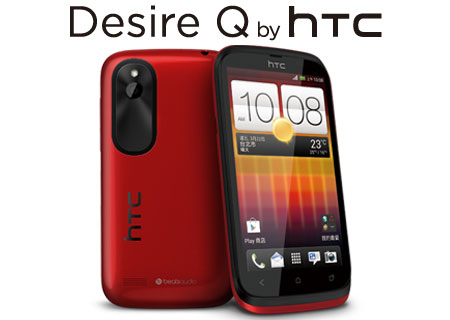 HTC has announced the Desire Q for Taiwan and the handset’s specs can now be confirmed, while we even have a price to share. The phone was seen in official images towards the end of March along with another device bearing the model number T326h which recently also got a proper reveal for the country.

What we knew back then was that the phone would come with a 4-inch display and would include Beats Audio technology. Now we have confirmation on the screen resolution which will offer visuals at 480 x 800p. Just like the Desire P, it will run on an unannounced version of Android with the company’s Sense user interface.

It will be a mid-range device considering that it has a 1GHz CPU and 512MB of RAM doing the work, with 4GB of internal memory, although users won’t be able to access all of it. They can take their storage options further by inserting a microSD card of up to 321GB in capacity. At the tail end will be a 1,650mAh battery, but the usage details are not known. 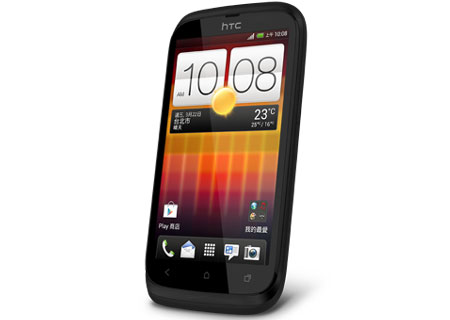 Wireless connectivity choices will be confined to the regular Bluetooth 4.0, Wi-Fi and GPS, putting the handset in a fairly capable bracket when it comes to staying in touch with the world. In addition, there is a 3.5mm audio jack and a microUSB port for charging. It weighs 114 grams with the battery and is 118.5 x 62.3 x 9.3 millimeters in dimensions. The highlight is a 5MP camera on the rear with auto focus capabilities and an LED flash. 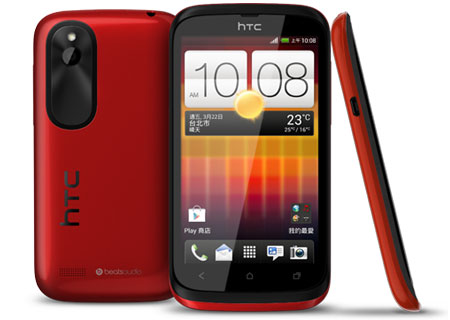 Android Authority is reporting that the HTC Desire Q will go on sale in the region for about 6,990 New Taiwan dollars, which is approximately $233 (US). Just like the model P, it is not immediately clear whether the phone will ever see markets outside Asia, but it will come in red, white and black.