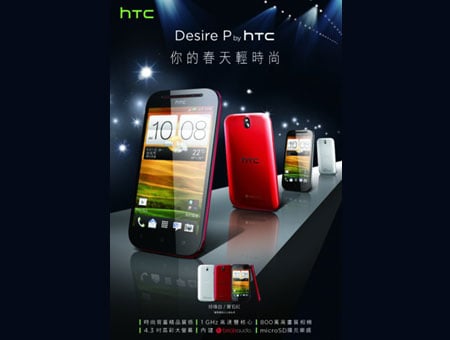 The HTC Desire P and Q have come out in official images and it is now known where they stand when compared to other handsets from the manufacturer. The two new Android smartphones first came into focus as few weeks ago and it seems the talk had them down quite correctly as mid-range to low-end devices. At the moment there’s extremely little information on the two handsets.

The Desire P is the slightly ‘larger’ of the two and comes bearing the model number T326h. A little more is known about this one, such as the fact that it will have a 4.3-inch WVGA screen for users to interact with; mostly, the images are all we have to go by. That said, the phone looks a bit like the Desire SV that the company announced last year.

It is expected to have an 8MP camera on the back as well one on the front of unknown resolution, while it is not clear what features and functionality the snappers will have. The phone should house a dual core processor which is made to tick at a clock speed of 1GHz, while Beats Audio technology is to be included. It should come in red and white schemes. 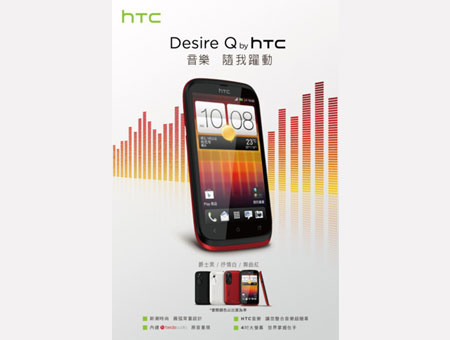 The Desire Q has been denoted by the model number T328h and has a 4-inch display, but screen resolution is anybody’s guess. This device will also pack away Beats Audio technology, but color options have been expanded to include red, black and white hues. Other specs remain shielded from knowledge at the moment.

Information comes by way of Chinese website Android for TW, and Unwired View is reporting that the HTC Desire P should be available soon via China Mobile for about $365. The Desire Q is expected to go on sale first in Taiwan for the equivalent of $235. We also aren’t privy to exact release dates for the phones, and it is not known if they will see the light of day in markets outside China and Taiwan.

Specifications of the model P (T326h):

Specifications of the model Q (T328h):