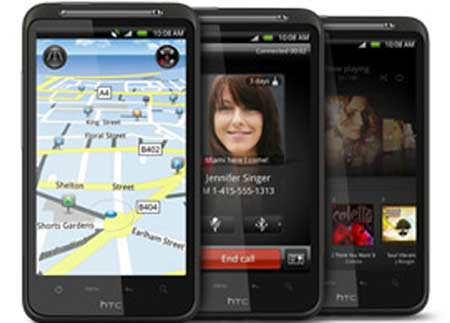 HTC has officially revealed that HTC Desire HD users will not be treated to the Ice Cream Sandwich platform, while most other smartphones from the company are gearing up to get a taste of ICS. This was announced via a post on the official HTC blog.

According to Android Central, the Taiwanese conglomerate was uncertain about updating the Desire HD. HTC informs users through its blog, that the current version of HTC Sense is perfect for the smartphone in question and they may end up hindering the customer experience with the update. Other devices such as the Droid Incredible 2, Incredible S, Amaze 4G, Evo 3D and Design 4G are definitely getting the software update.

“After extensive testing, we’ve determined that the current version of HTC Sense with Android provides customers with the best experience on the HTC Desire HD. When we consider new versions of software, we weigh a number of factors, but ultimately the customer experience on the product is the deciding factor. We apologize for any confusion this change may have caused our customers,” says a post on the official HTC blog.

Some other HTC-branded devices that are joining the ICS bandwagon include the Raider, Rezound, Thunderbolt and Vivid phones. Even the Desire S, belonging to the same range as the Desire HD, will be updated with the OS. Moreover, the company has just started rolling out updates for the Sensation and the Sensation XE, which should be widely available in the course of the next few weeks. The Sensation 4G and the Sensation XL will be upgraded thereafter.

The Ice Cream Sandwich update for HTC phones will gradually be rolled out for various carriers in different countries. Some other smartphones may also receive upgrades soon.