Almost every OEM has a smartphone dedicated to the selfie trend and now, even HTC is planning to launch a similar device under the Desire Eye branding. The handset is said to pack a high-resolution front-facing camera and it’ll be water-resistant as well.

The HTC Desire Eye is not to be mistaken for the One M8 Eye which is a different smartphone altogether. The former device is mainly designed for selfies, while the latter is a mere variant of the M8 flagship with a 13MP Duo Camera instead of the UltraPixel sensor. 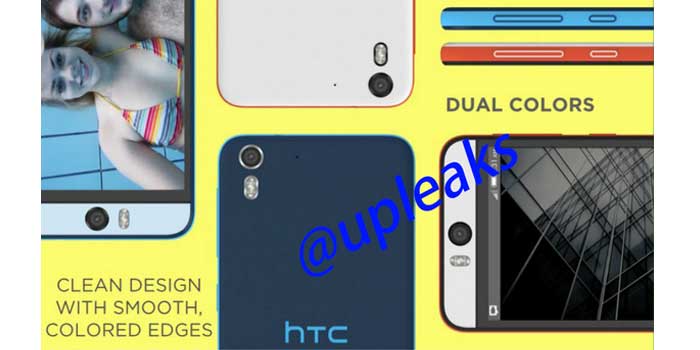 As you can see in the image above from @upleaks, the smartphone in question will have a large sensor at the front center with an LED flash on the left. The snapper is said to be a 13MP one and judging by the teaser image sent out by HTC for its upcoming event, it’ll most likely have multi-exposure support and AF.

The leakster also points out that the phone will come with Sense 6 along with a few selfie-focused software enhancements which will also be pushed to other devices from the OEM. The Desire Eye isn’t the only phone from HTC to have a large front camera. The One M8 packs a 5MP shooter like most other selfie phones, while the Desire 820 has an even larger 8MP imager. 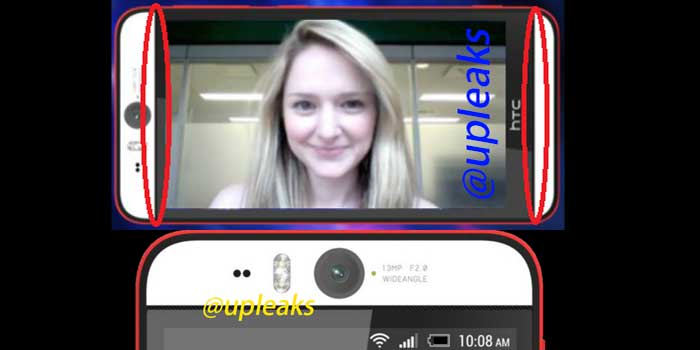 Clearly, the HTC Desire Eye will overthrow the Desire 820 for its flagship status in the series. You can expect to see the handset go official at the October 8 event along with the rumored ReCamera