HTC certainly amazed us earlier this month with its Desire Eye selfie smartphone, but what’s more impressive is the speed at which the company has brought the device over to India. Within a period of 10 days from its US reveal, the phone is now official for the country in question, but you’ll have to wait until next month to get hold of it.

On the upside, the One M8 Eye has already been put up for grabs for a pretty attractive price. Speaking of which, no retail amount for the HTC Desire Eye has been revealed and it’s pretty hard to estimate how much it’ll cost considering that it’s a flagship phone, yet falls under a mid-range lineup. 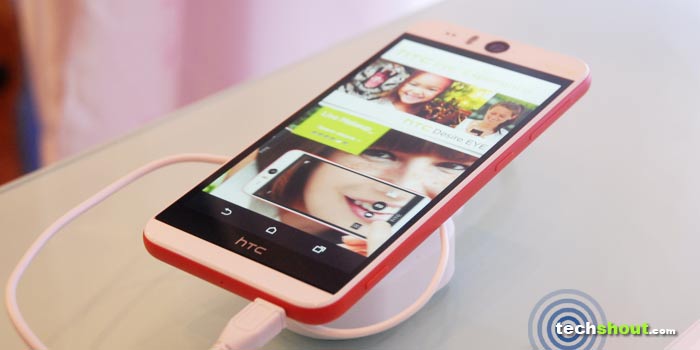 Nevertheless, we shouldn’t be too far off from that information. The smartphone is a 5.2-inch one sporting a 1920 x 1080p display on the front with a large 13MP snapper and dual LED flash. The same camera setup can be found on the rear as well, and it’s backed by the Eye Experience software suite that’s loaded with numerous imaging features.

Also read: Sony to give us its all with new Xperia Z4, will drop ‘two flagships a year’ approach

Doing the heavy lifting is the same processor found on the One M8 flagship, but with a lower 2.3GHz clock speed. Other features include 2GB RAM, 16GB storage and a 2400mAh battery. What’s more, HTC has given it a IPX7 water-resistant design.