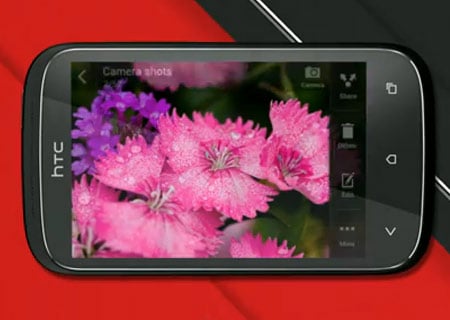 Packaging Beats Audio technology, the HTC Desire C has just been made official through T-Mobile UK. The network operator has tweeted the phone’s upcoming availability via its Twitter account and HTC has also put up a video offering a first look at it.

The device is being let loose in three color options of red, black and white. Its video preview follows up on the claim about unexpected details inside out with a bit of the clip showing the red shade bleeding into the back panel and covering the battery too. So we’re guessing the white and black versions also have the respective hues seeping into the insides. 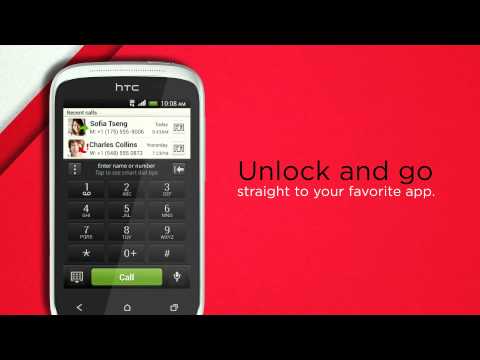 “Listening to music is one of the most popular things people use their phones for, so it’s more important than ever that we deliver the power and emotion artists capture in the studio,” remarked Jason Mackenzie, President, Global Sales and Marketing for HTC Corporation. “The HTC Desire C offers customers excellent design, easy access to content and fast connectivity – making it the perfect all round device.”

As is the norm with HTC smartphones, the Android OS is married to the Sense UI, in this case, Ice Cream Sandwich and HTC Sense 4.0. Showing off a metallic frame, it holds a 3.5-inch HVGA touchscreen to its face and integrates Beats Audio technology. Users can look forward to 25GB free Dropbox storage for 2 years, Google Play access and a 5MP camera too. 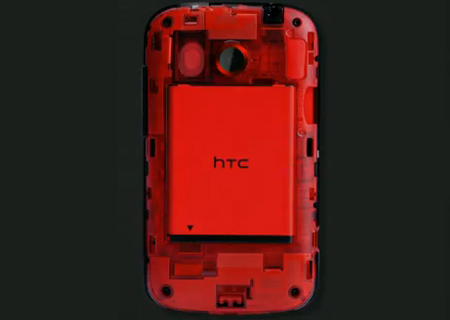 T-Mobile will be selling the device at £15.50 per month or higher PAYM plans or for £169.99 on PAYG. Though the HTC Desire C price information for the UK is already out, the carrier has steered away from mentioning a release date.