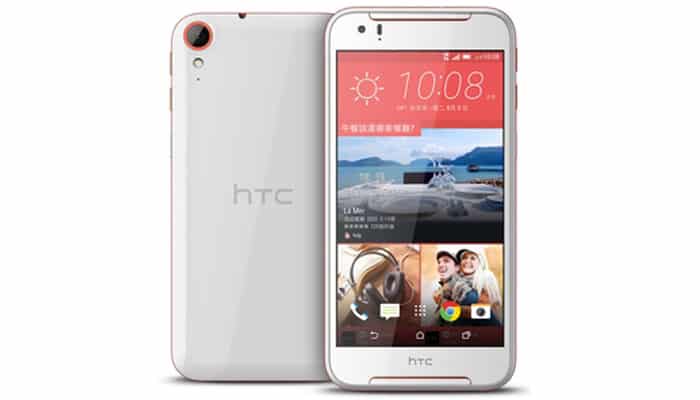 HTC has officially launched the Desire 830 in Taiwan, positioning it as the successor to the mid-range Desire 820. The core look hasn’t been altered too much between the two, with the new handset still offering a plastic body and color accents running along the sides.

For changes, you’ll have to take a look inside the HTC Desire 830. The handset runs on the latest Android 6.0 Marshmallow OS with a layer of the brand’s Sense UI on top. It gets its engines running with the help of a 2800mAh battery. In terms of memory, the phone contains 3GB of RAM and 32GB of internal room.

You can expand on the HTC device’s memory capacity up to 128GB via a microSD card slot. Audiophiles can take advantage of the company’s signature BoomSound speakers, equipped as always with Dolby Audio technology. As for what’s getting things done round here, there’s an octa-core MediaTek Helio X10 processor clocked in at 1.5GHz running the show.

The Desire 830 is notably the first mid-range phone out of the company’s stable to feature optical image stabilization (OIS) in its 13MP primary camera. The unit is accompanied by an aperture of f/2.0 and LED flash. It’s paired with a 4MP UltraPixel front-facing snapper for selfies and video calls.

A quick overview of the top specs of the HTC Desire 830: