HTC has launched yet another octa core smartphone in India for the budget market , with this release basically being an upgraded version of the Desire 816G which went official a few months back. The company has retained the name, but made a few alterations to the internal hardware which makes the phone a lot faster than before.

What the Taiwanese OEM has done is replaced the quad core processor with a 1.7GHz octa core chipset on the new HTC Desire 816G model. There’s no official word on what SOC is used here, but it’s rather obvious it’ll come from MediaTek. Also, the internal storage of 8GB has been doubled and you also get access to a microSD card slot for memory expansion. 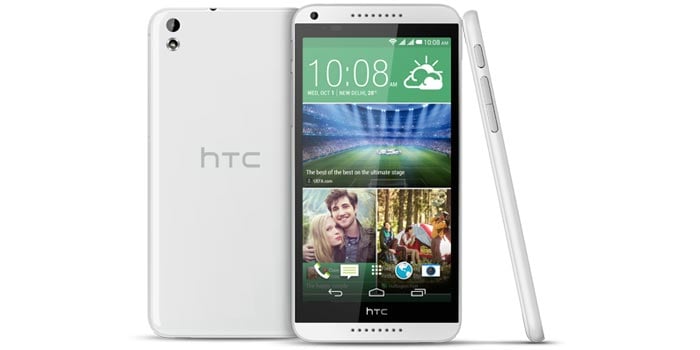 However, the RAM is still at 1GB which is a bit disappointing. The HTC phone retains the minimalistic design found on most handsets in the Desire family and it also offers some great entertainment features. The front has a 5.5-inch 1280 x 720p touchscreen for crisp visuals and BoomSound speakers for high quality audio output.

There’s a 5MP selfie camera, while the rear has a 13MP shooter with an LED flash. Like the original model, the new Desire 816G also sports dual SIM card slots and it even has 3G connectivity. The battery capacity of 2600mAh remains the same in this handset and will offers around 10 hours of talk time on 3G.

The HTC Desire 816G is expected to hit stores in the coming days. It’ll be made available online and through local retail outlets across India.