HTC Desire 8 supposedly in the offing, its image and specs leaked on the web

The HTC M8 (One 2) is not the only device which is being prepped up at the Taiwanese company, another gadget called HTC Desire 8 has also shown up on the web. But unlike the former, the handset in question will fall in the budget category and is expected to refrain from digging a hole in users’ pockets.

In spite of being a budget-friendly gadget, the smartphone is likely to offer a huge display with a multi-touch real estate of 5.5 inches. Nothing else has been revealed about the screen and we have no idea how much its resolution will be, as of now. You won’t find an UltraPixel snapper on this device, instead a 13MP camera with LED flash has been fitted on the rear panel. 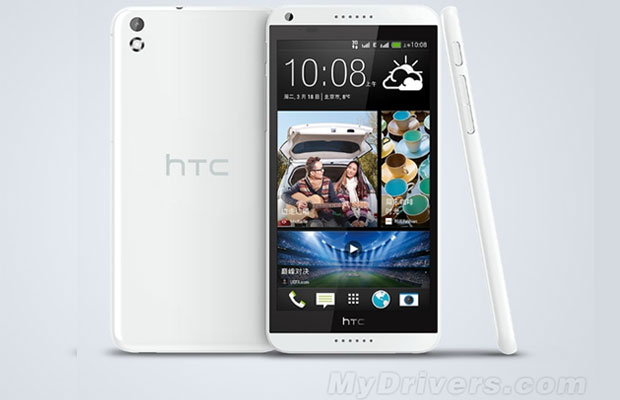 Also, potential buyers can look forward to a 5MP webcam that will come in handy for making video calls as well as taking selfies. Speculation suggests that the HTC Desire 8 will come dipped in vibrant shades like red, cyan, orange, white and yellow.

The device seems to have a couple of SIM card slots and sports dual front speakers too. And if you look at the picture embedded above, you will find that this gadget features onscreen buttons as opposed to capacitive ones, just like the M8.

According to mydrivers.com, the HTC Desire 8 will be launched in China on March 18.

Purported specs of the HTC Desire 8: