What you’re seeing in the space below are renders of the HTC Desire 612, a version of the Desire 610 that’s meant for Verizon’s massive CDMA network in the US. This device has been spotted on the company’s official website, and can be expected to be made available for purchase in the days to come.

We had heard about this Verizon phone a while ago, when it had passed FCC certification. And now, the carrier’s equipment guide page has been spotted listing it, albeit not in a full-fledged manner. As revealed by Phandroid, the guide page offers standard setup information of the handset, without revealing much about its other important aspects. 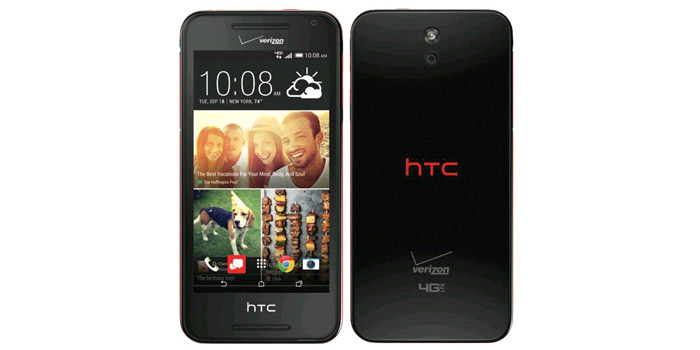 However, TK Tech News has somehow managed to get it hands on some details related to the Desire 612. The website has confirmed that there are no big differences on the specs of this Verizon variant, as compared to those of the original phone.

You will receive Android 4.4 KitKat pre-installed on it, while a 4.7-inch qHD display panel will come fitted on its front surface. A 2040mah power pack, an 8MP rear camera and a 1.3MP front snapper will also form part of its offerings.

The HTC desire 612 is expected to be made available by Verizon later this year, in exchange of $19.99 and two-year contract.