When HTC announced the Desire 610 at the MWC 2014 last month, it mentioned that the smartphone would be headed to Europe in May. We’ve now received word that the mid-range device will also make its way into the US via AT&T.

Renowned leaker, EvLeaks, has shared this information via Twitter which we’re assuming to be quite reliable considering the large amount of accurate leaks in the past. There’s no word on whether the 5.5-inch Desire 816 phablet will arrive stateside. The HTC Desire 610 is similar to the flagship One in size. The handset dons a 4.7-inch display, albeit the resolution is just 960 x 540p qHD. It does, however, come with the same entertainment features such as dual BoomSound speakers on the front and the BlinkFeed interface. 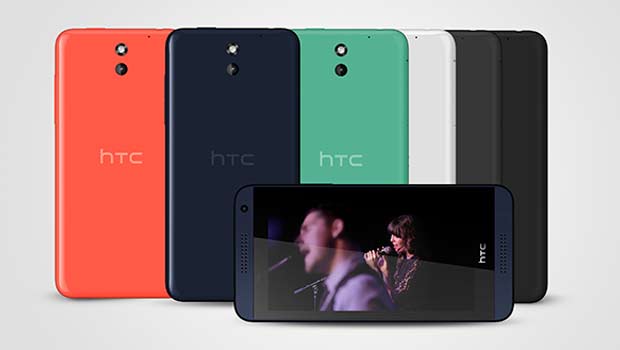 The HTC Desire 610 will be touted as an affordable 4G LTE smartphone. There’s no indication of which version of Android we’ll see on the handset, but we’re hoping for 4.4 KitKat considering that the phone might make its debut in the US in a couple of months. On the inside, there’s a quad core processor clocked at 1.2GHz, 1GB of RAM, 8GB of storage, a microSD card slot and a 2040mAh battery. The smartphone also has dual cameras, 1.3MP front and 8MP rear.

There’s still no word on when AT&T plans to launch the HTC Desire 610, but May looks like a possibility considering that it will also go on sale in Europe around the same time.

Here are the key specs of the HTC Desire 610: