Sure there was already a dual SIM version of the handset selling in the Indian market, but the HTC Desire 600c has gone a step ahead and added a CDMA slot to the Desire 600; hence the name. Apart from the additional connectivity option, nothing has changed for the device, but we’re indeed expecting to see a slight change in its price tag. Listing for the phone is live now on HTC’s official India website, however, it’s devoid of any price or release date information. First announced in May this year, the Desire 600 had landed in India back in July, priced at Rs 26,990, but it’s now being seen retailing at a reduced cost.

HTC Desire 600c dual SIM smartphone will kick in 2 microSIM slots, one each for a GSM and a CDMA card. The device features a 4.5-inch qHD display and comes equipped with the Android Jelly Bean OS as well as HTC’s Sense 5 skin. This BoomSound-equipped handset also features an 8MP camera on its rear surface, while a 1.6MP webcam finds its way onto its front side. 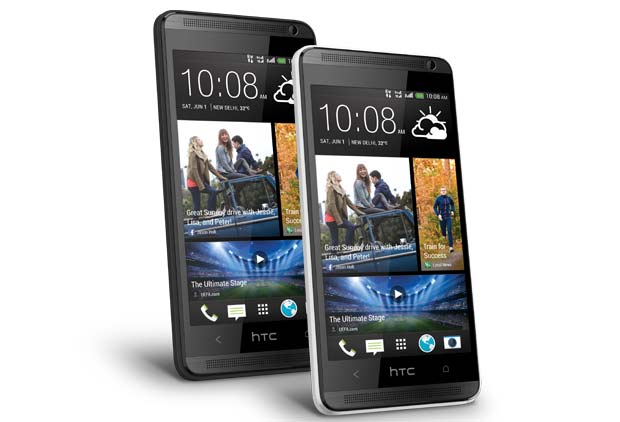 Connectivity options of the Desire 600c include Bluetooth 4.0 with aptX enabled, Wi-Fi, DLNA, GPS/AGPS and NFC. It runs on a quad core Qualcomm Snapdragon processor clocked at 1.2GHz. And while 1GB worth of RAM has been granted to it, its internal memory has been kept locked at 8GB. Apart from that, there’s a microSD slot for further expansions of up to 64GB.

The HTC Desire 600c is still to receive its official price, but it isn’t expected to be much different from that of its dual-GSM cousin.