The HTC Desire 600c, a CDMA dual SIM phone that went official in India last month through the company website, has been slapped with a price tag of Rs 28,900 and put up for sale. An e-retailer has already started selling the device, but it should be noted that we haven’t received a press note from the Taiwanese OEM to confirm the arrival of the smartphone as yet.

The 600c is actually the CDMA variant of the dual SIM Desire 600 that has been around in the country for a couple of months now. The latter currently retails for a price of less than Rs 26,000. Coming to the specifications, the handset in question shows off a 4.5-inch capacitive LCD2 touchscreen of 960 x 540p resolution and it also plays host to a 1.6MP camera with a BSI sensor for facilitating video conferencing on the move. On flipping the phone over, prospective users will find an 8MP auto focus snapper with flash, a BSI sensor, HTC ImageChip and the ability to record 720p videos. 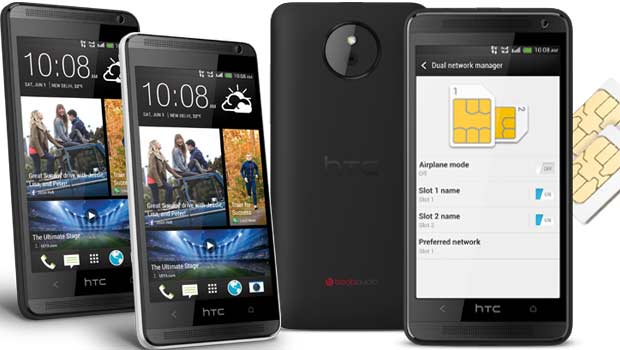 It arrives encased in a chassis with dimensions of 134.9 x 66.78 x 9.55 millimeters and tips the scales at around 127 grams. A quad core 1.2GHz Qualcomm Snapdragon processor fuels the device from within and seeks assistance from 1GB of RAM. There’s 8GB of onboard memory with an option to expand it further by up to 64GB and 25GB of Dropbox storage is available free of charge. The phone is powered by a 1860mAh battery which should be capable of coughing up the juice for around an entire day.

The HTC Desire 600c is up for sale through Flipkart for the aforementioned price.