HTC’s new octa core smartphone for India is its cheapest yet and it’s called the Desire 526G+. The phone has officially made its debut for Rs 10400 with sales scheduled to commence in the coming days. The handset is an alluring release and basically has a mix of both entry-level and mid-range features.

The main highlight of the HTC Desire 526G+ is the 1.7GHz octa core processor which comes from MediaTek with Cortex A7 cores and Mali 450 graphics. Powerful as it is, the handset’s display is a disappointing qHD panel of 5 inches wide. A 720p HD screen would have worked well here, especially to give the phone more backing against competitors like the Redmi Note and Xolo’s Omega handsets. 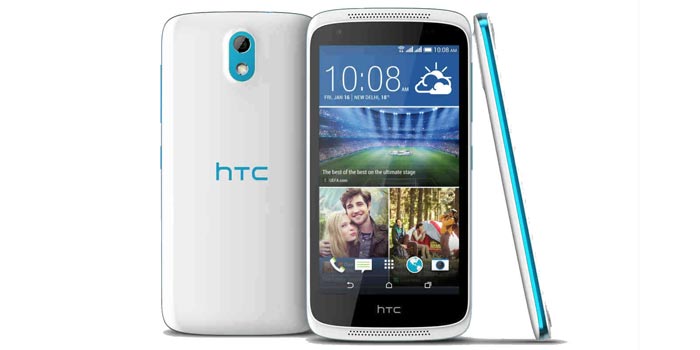 The company is offering the latest release with its Sense UI and BlinkFeed, but you won’t get Lollipop out of the box as KitKat comes pre-installed. Also, there’s no word on whether the HTC phone will be upgraded to the new OS. Design-wise, the device looks almost identical to the Desire 500 which was launched back in 2013.

However, it does come with an extra speaker on the bottom. You’ll also find the two-shade finish where the overall body flaunts one color (black or white) while the side trims and the camera housing have a secondary hue. The exterior also flaunts a 2MP camera on the front, while the rear has an 8MP snapper with an LED flash.

The HTC Desire 526G+ smartphone with 8GB of storage is expected to go on sale via Snapdeal and it’ll be available in a 16GB option as well, but for Rs 11400.