HTC’s Desire 516 smartphone has made its way into India after being put on sale in China and the handset is priced at Rs 14,200. The device is expected to hit stores by the end of this month, but it can already be purchased online for a slightly lower price.

A seller on eBay is currently offering the HTC Desire 516 for Rs 13,302. The smartphone is an entry-level release which offers some of the company’s popular features that were launched with its One flagship last year. They include the BlinkFeed UI and Video Highlights amongst others. On the downside, the phone runs Android 4.2 Jelly Bean which is rather old considering that Google has announced its latest mobile OS. 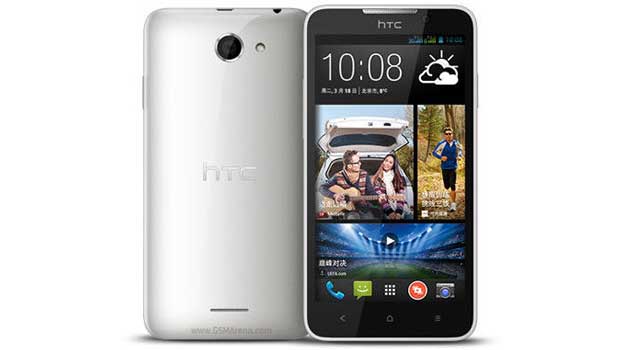 Like the BlackBerry Z3, this handset comes with a 5-inch qHD display, but with a faster processor. A 1.2GHz quad core Snapdragon SOC is onboard here with Adreno 302 graphics. Where storage is concerned, the phone is deployed with 4GB on flash memory and a microSD card slot which supports up to 32GB. The phone is also dual SIM enabled with GSM support on both slots and there’s HSPA+ connectivity as well. A 1950mAh battery is onboard enabling up to 9 hours of 3G talktime.

Here’s an overview of the HTC Desire 516 specs:

As mentioned above, the HTC Desire 516 will officially go on sale across India by the end of the month for Rs 14,200.