HTC has officially launched the Desire 10 Lifestyle and Desire 10 Pro after weeks of teasing the two and numerous leaks. Unfortunately, the manufacturer hasn’t revealed price details for the two yet, though the handsets are being touted as mid-range offerings.

The main highlight of the HTC Desire 10 Lifestyle and Desire 10 Pro are its striking high-contrast metallic gold contour design, complete with a matte finish body and chamfered edges. The phones look the same but feature very different specs under the hood. The latter is decidedly the more higher-end option between the two. 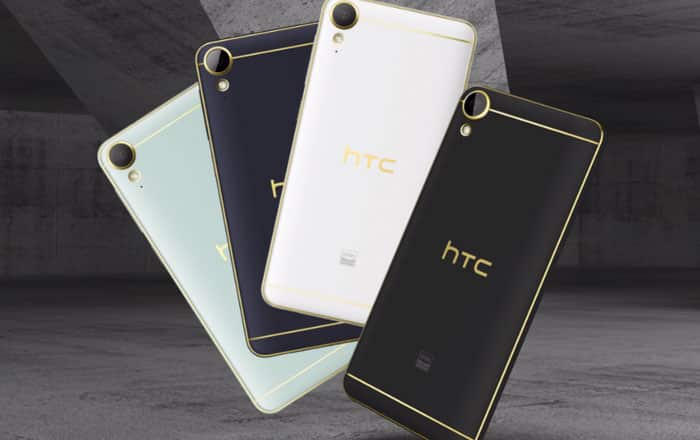 Taking a closer look at the Desire 10 Pro, the handset features a 20MP rear camera which comes equipped with EIS for shake-free videos, auto HDR for clear photos even in dark environments, and laser autofocus. The smartphone also features an impressive 13MP front-facing snapper which offers screen flash and a super wide 150-degree selfie panorama mode.

Also Read: HTC’s releasing its own Viveport VR app store to push the Vive beyond games

HTC has further blessed the device with a new HTC Freestyle Layout tool which lets users place icons, stickers and widgets anywhere on the home screen instead of restricting them to grids. The neat feature can even be utilized to link an app to a sticker in lieu of the app’s actual icon, potentially giving way to a display which doesn’t have a single icon in sight.

Here’s a quick rundown of the specs of the HTC Desire 10 Pro:

The HTC Desire 10 Lifestyle and Desire 10 Pro are set to hit shelves in September and November, respectively.