HTC isn’t done launching flagship smartphones as there’s another device in the works under the Butterfly 3 moniker and we’ve been seeing this device popup in leaks and rumors multiple times already. So far, there hasn’t really been any concrete information on the device in question, but a benchmark listing may have given us more than enough to paint a clear image of what the handset will be like.

The alleged HTC Butterfly 3 will be as beefy as the new One M9+ and One E9 handsets. What’s different here is that it will not be powered by a MediaTek processor like in the other options, but will use the same chipset found on the flagship One M8, the Snapdragon 810. This SOC is clocked at 1.9GHz with octa cores and Adreno 430 graphics.

And as you’d expect, even this release will be getting a 2K display like the aforementioned handsets from the One series. According to information provided by ComuBench, the HTC phone has a 2560 x 1440 pixel touchscreen spanning 5.1 inches wide. Leaked hardware details also point to high resolution cameras where the front has a 13MP shooter and the rear, a 20MP snapper. 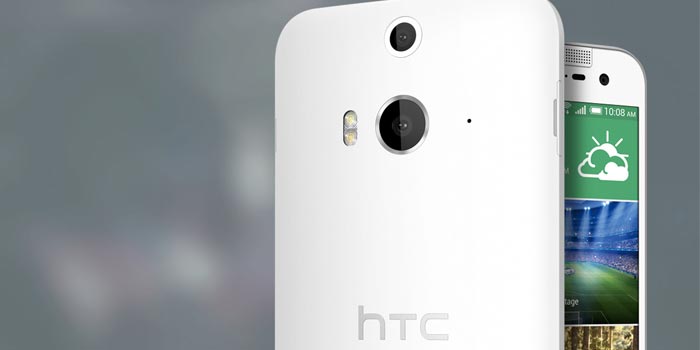 The HTC Butterfly 3 listing further mentions Android 5.0 Lollipop as the OS of choice and 2GB RAM as well as 32GB storage for memory. What’s unknown for now is whether the company will stick to tradition and design the Butterfly 3 with a polycarbonate body or give it a premium metal look instead.

Here’s a roundup of all we know on the HTC Butterfly 3:

We don’t expect to see the HTC Butterfly 3 go official anytime soon, but it should arrive by the end of Q2 or early Q3 this year.