HTC may have no intentions of bringing the Butterfly 2 officially to the US, but that isn’t going to stop online retailer Expansys from making it available. The phone is currently being offered unlocked and SIM-free with LTE connectivity for $669.99.

The HTC Butterfly 2 like its predecessors is mainly designed for Asian markets. However, considering that the One E8 which was also said to be exclusive to the Asia made its debut officially on Sprint, we could see the smartphone in question get the same treatment. But we doubt that’s going to happen anytime soon.

The HTC Butterfly 2 phone also went official in Japan where it’s being called the J Butterfly. While it adopts a plastic design instead of metal like the One M8, the handset does have a slight advantage since it’s water-resistant. And the same flagship features have been included here as well.

You’ll find the Duo Camera setup on the rear and instead of an UltraPixel sensor, the company has thrown in a 13MP lens. The front grabs a 5MP snapper and Boom Sound speakers above and below the 5-inch 1080p 1080p full HD display. The phone has some pretty beefy hardware as well. 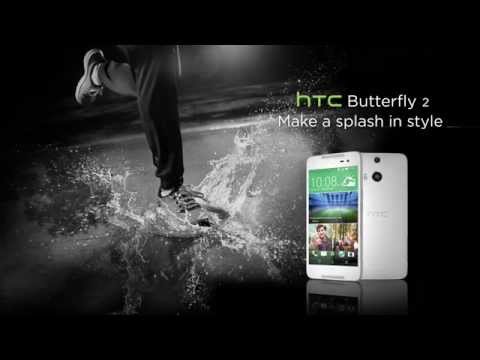 Key specs of the HTC Butterfly 2:

The HTC Butterfly 2 is currently available in red, blue and white shades through Expansys US.