HTC has a brand new smartphone (well somewhat) destined for the Chinese market, the Desire 301e, which is a budget-friendly offering. The handset is the rebranded version of the Desire 300 which went official back in September along with the 601.

Most manufacturers launch specific variants of existing device with altered specifications for the Chinese market for better compatibility with different networks. However, that’s not the case here. What’s interesting is that are absolutely no differences between the Desire 301e and its international variant. They both share the same connectivity features – GSM, GPRS, EDGE, WCDMA and HSPA along with Bluetooth 4.0 and Wi-Fi IEEE 802.11 b/g/n. Well, the former comes with Android 4.1 Jelly Bean, while the latter has Android 4.2. 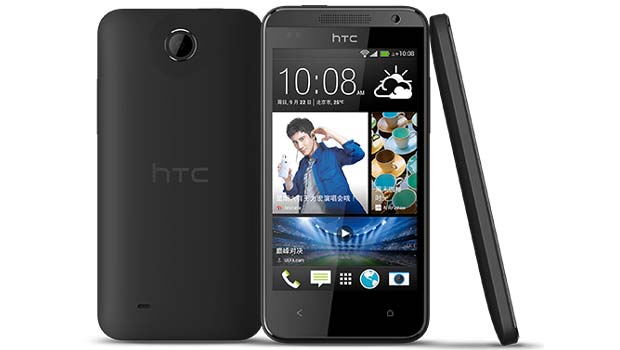 The company hasn’t provided any specific reason behind launching the same phone with a different name. Nevertheless, the China-bound one still includes Sense 5 and BlinkFeed. For all we know, there could be an error in the product page. The handset is powered by a dual core Snapdragon S4 processor clocked at 1GHz and a 1650mAh battery.

On a single charge, the phone is estimated to provide 11 hours of talktime or 625 hours of standby. There’s also 512MB of RAM, while storage needs are catered to by 4GB ROM and a 32GB complaint microSD card slot. The handset has dual camera, a VGA one on the front and a 5MP lens on the rear with auto focus.

Where a price for the HTC Desire 301e is concerned, Unwired View notes via GizChina that rumors have suggested that the device will be available at around $200.