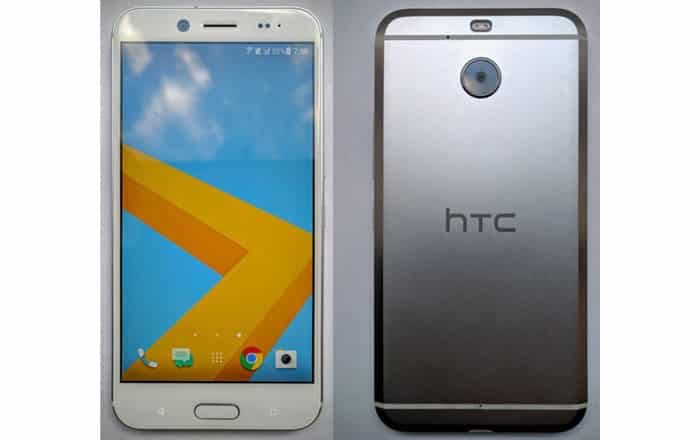 HTC is all set to follow in Apple and Motorola’s footsteps by releasing a phone called the Bolt without a headphone jack. This intriguing piece of news comes comes courtesy VentureBeat which has also gotten its hands on a number of hands-on images of the handset.

At first glance, the new HTC Bolt resembles the brand’s flagship HTC 10 strongly with its chamfered edges and overall design. However, the former is in fact bigger than the latter thanks to its 5.5-inch 1080p display.

The HTC Bolt is apparently codenamed Acadia by insiders. As per information given out by someone who has used the handset, the smartphone will sacrifice the 3.5mm headphone jack. Moreover, it may run Android 7.0 Nougat with the company’s Sense UI on top.

Other leaked specifications include 3GB of RAM and 64GB of expandable storage. The HTC device will supposedly continue the brand’s BoomSound legacy with a twist. Instead of blessing the phone’s speakers with the technology, it might only be heard via the handset’s speakers.

Speaking of the latter system, the Bolt may only boast of a single bottom-firing speaker for audio. The unit has been placed alongside a USB Type-C port. There’s also a fingerprint scanner embedded within the device’s home button.

As for its photography skills, HTC has seemingly equipped the device with an 18MP rear camera which ships with an f/2.0 aperture and the ability to record 4K videos. An 8MP shooter graces the smartphone’s front surface.

The HTC Bolt is expected to come out later this month. It will probably be sold globally and via Sprint in the US.