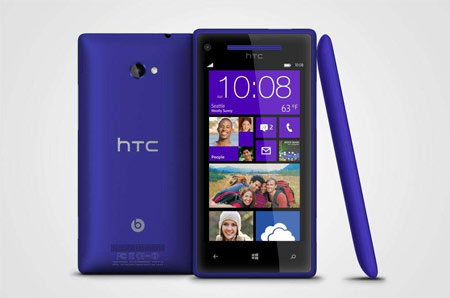 Clove has gone on to reveal details regarding the HTC 8X and 8S price and release date in the UK. These latest Windows Phone 8 handsets were unveiled only recently with a number of advanced features that look to give Nokia’s Lumia range a run for its money. They will both be launched in the UK sometime in November this year. And as far as the pricing goes, the 8X will cost £399.99, whereas the 8S will go for £224.99.

Equipped with a Qualcomm S4 1.5GHz dual-core processor, the 8X comes complete with a 4.3-inch Super LCD 2 touchscreen with Gorilla Glass 2. Its rear snapper is of 8MP capability, while there’s also a 2.1MP camera at its front for voice chat functions. This smartphone also kicks in Beats Audio integration, NFC, Wi-Fi, 3G and Bluetooth attributes amongst others.

“Last night, HTC announced to the world the HTC 8X and the 8S (yes it will get confusing with the One X and One S), 2 new Windows Phone 8 smartphones. On first glance, you would be forgiven for thinking they were Nokia designed phones, but they are quite different.HTC have put a lot of effort into producing something special,” reads a post on the official Clove blog. 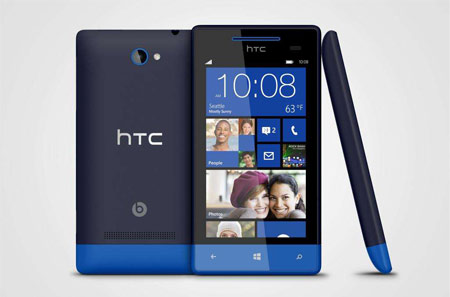 The 8S is the other Windows Phone 8 handset from HTC’s new range. Its highlights include a Qualcomm S3 1GHz dual-core processor and a 4-inch Super LCD display with Corning Gorilla Glass. It will ship with a 5MP rear camera, Beats Audio integration, Wi-Fi, Bluetooth as well as 3G.

With the details about the HTC 8X and 8S price and release date in the UK now out, folks in the said region can start looking forward to November when they will be launched tagged at £399.99 and £224.99, respectively.