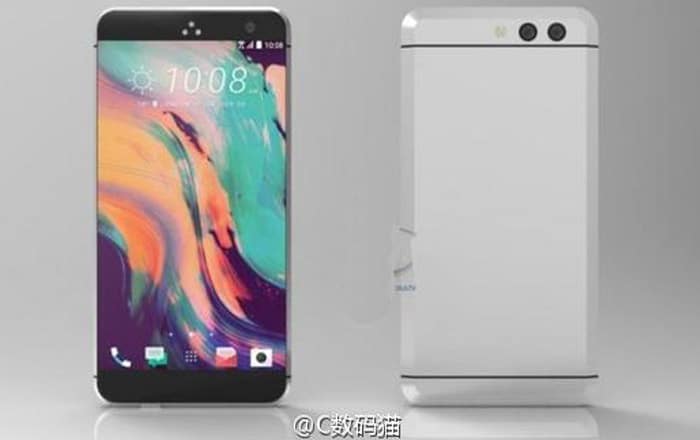 Talk about HTC’s next flagship handset has begun heating up with a fresh report of China leaking out specs and an image of the phone. The device has been simply dubbed the HTC 11, though there’s no way to verify if that’s the final name the company will go for.

The supposed HTC 11 will gain the benefits of Qualcomm’s latest Snapdragon 835 processor. The top-of-the-line SoC is set to appear in devices starting from the first half of 2017. It’ll apparently be supported by an Adreno 540 GPU and a whopping 8GB of RAM.

Even the HTC offering’s memory department may be getting a significant boost in the form of an all-new 256GB of ROM model. The Weibo leak also notes that the smartphone will feature a 5.5-inch display this time round, slightly larger than its previous variant’s 5.2-inch screen. Its resolution continues to be fixed at 2560 x 1440p.

Interestingly, the Taiwan-based company might be looking to bless the HTC 11 with 12MP dual cameras on its back. The manufacturer was one of the first to introduce such a setup all the way back in 2014 with the One M8, so the appearance of twin snappers on the brand’s next flagship isn’t that unusual.

Other top specs include an 8MP front-facing shooter, a 3700mAh battery with Quick Charge 4.0 support, and Android 7.0 Nougat layered with Sense UI on top. As for its cost, the leak suggests that the HTC 11 will be priced at £550 which translates to approximately $700 or Rs 47000.