HP has announced a new flagship laptop at the MWC 2015 under the Spectre x360 series and it states that the new addition is its ‘most premium and versatile PC.’ The notebook is super slim and delivers some pretty beefy hardware, not to mention the latest Intel processors and great battery life.

The HP Spectre x360 is a convertible notebook which can be deployed in the usual modes including stand, tent and tablet, owing to its geared hinge design. The device has premium written all over as it flaunts a CNC aluminum chassis with metal accents on the side with a polished look. 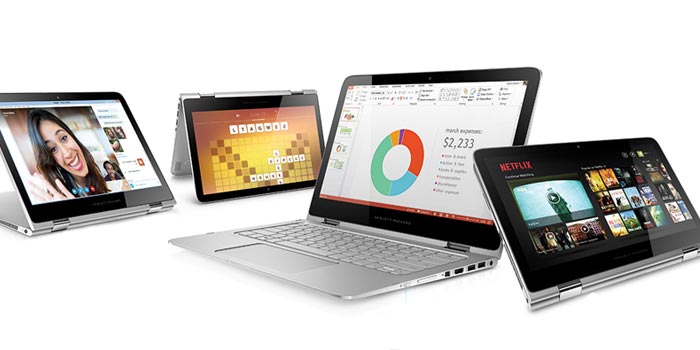 At just 15.9mm thin, it’s even slimmer than Apple’s MacBook Air and the laptop is lightweight as well, at just 3.3 pounds. The HP notebook comes with a 13.3-inch display and you’ll have options of 1080p and Quad HD resolutions with touch support. On the processor front, the new Intel Core i5 and Core i7 chips take on the job, while memory is in the hands of either 4GB or 8GB RAM with up to 512GB of SSD storage.

Additionally, the keyboard used here is a full-size one with back-lighting and a numeric keypad. The main highlight of the Spectre x360 is its battery life. The company says that the notebook can deliver up to 12.5 hours of activity through the integrated 3-cell 56Whr power pack. 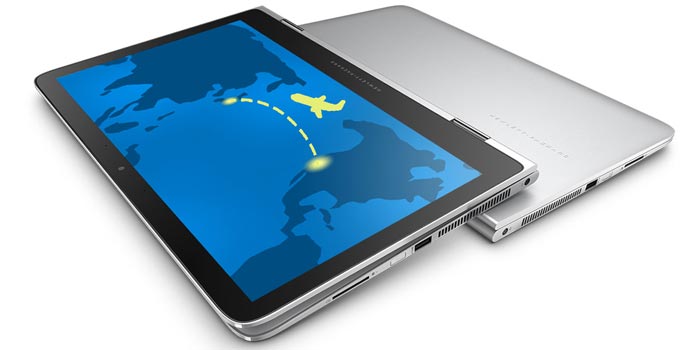 The HP Spectre x360 is already on sale in the US for $899.99 and up through the company’s online store and it’ll reach Best Buy on March 15.