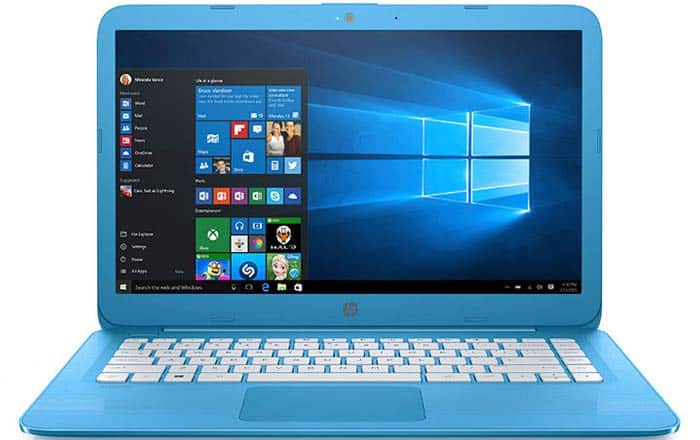 HP has officially announced its revamped Stream laptop lineup, adding 14-inch, 11.6-inch and x360 models to the series. The new notebooks feature updated specs under the hood and are being promoted as affordable cloud computing-focused devices in a variety of colors including blue, black, purple and white.

Starting off with the HP Stream 14, the laptop is set to go up for sale on September 7 with its price starting at $219. It’s notably the first 14-inch offering in the lineup, replacing the smaller 13-inch model. The gadget ships with entry-level specs which more or less match its cost, though they do represent a significant upgrade over its predecessor.

For instance, the overhauled HP device now features specs like a new Intel Celeron processor, faster dual-antenna 802.11ac 2 x 2 Wi-Fi connectivity, 32GB of flash storage, a USB 3.0 port, Windows 10, 4GB of RAM, and 100GB of OneDrive Cloud space. Its screen outputs a resolution of 1388 x 768p and its battery power now extends up to 10 hours and 45 minutes at a stretch.

Moving on to the new-and-improved Stream 11, the notebook will set you back by $199 and get launched on August 24. Just like the Stream 14, it’s also gotten equipped with faster Wi-Fi technology and CPU. Moreover, the device is slimmer than its previous variant. The brand has also announced a Pro version of the laptop.

This model is meant for the education sector and is coming out in late September in select countries. HP is releasing an additional 4GB/64GB version of the device which will apparently serve up more rapid boot-up speeds and extra storage for learning materials and classroom curricula.

Finally, the 11.6-inch HP Stream x360 is being released in September starting at $249. The notebook’s main claim to fame is the fact that it can be maneuvered into 4 positions namely laptop, standing, tablet, and tent mode.