The HP Stream 14 didn’t land up as the $199.99 Windows laptop we were expecting, but it turns out that was the job of the Stream 11 which has now been launched at the aforesaid price. What’s more, the company has also revealed a 13.3-inch model in the series which tags along optional 4G connectivity with 200MB of free data each month minus any sort of contract.

The HP Stream 11 and 13 have very attractive designs and they’re being offered in multiple shades with a textured palm rest. These notebooks have fan-less form factors which are made possible by the low-power Intel Bay Trail processors, dual core Celeron CPUs in this case. As the names would suggest, the former is an 11.6-inch notebook, while the latter falls in the 13.3-inch category. 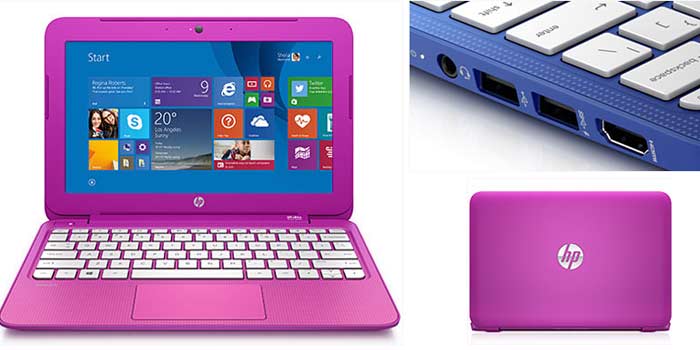 They both run Windows 8.1 out of the box and offer HD visuals, with the larger model also packing optional touch input to make the most out of the touch-optimized OS. For memory, there’s 32GB of eMMC flash storage and 2GB of RAM.

HP has also thrown in multiple connectivity features such as Wi-Fi, Bluetooth, HDMI output, USB and a card reader amongst others. The 11.6-inch model is capable of delivering around 8 hours and 15 minutes of activity, while the 13.3-inch version is estimated to provide battery life of up to 7 hours and 45 minutes.

There are various freebies being offered as well, such as a whopping 1TB of OneDrive cloud storage and a free subscription of Microsoft’s Office 365 Personal productivity suite, both valid for an entire year. There’s also a $25 gift card which can be used to purchase apps, movies and games from the Microsoft Store. 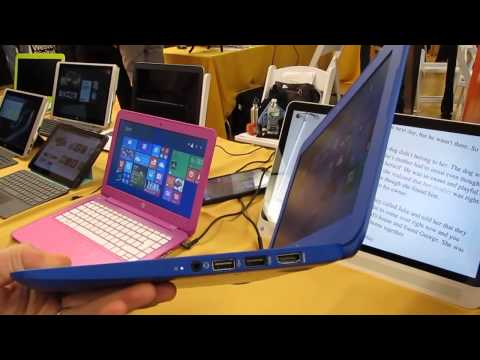