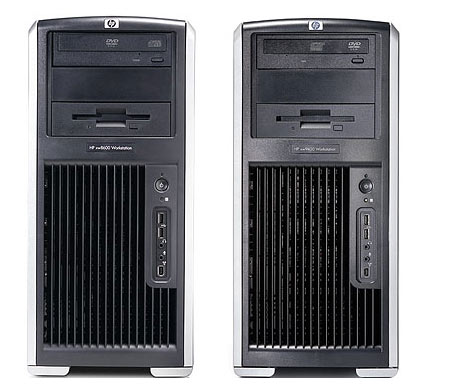 “A new generation of multimedia content, and the incredible groundswell of creativity behind it, is driving technology innovation to new heights. We continue to help power this movement with the latest performance enhancements in our workstations,” Thompson continued.

The xw8600 workstation features up to two Quad-Core Intel Xeon X5482 processors with a 1,600 MHz front side bus and 800 MHz memory along with HP’s expandability and reliability. On the other hand the HP xw9400 workstation includes a choice of three new Quad-Core AMD Opteron 2300 processors.

As per the users’ requirements, the xw8600 and HP xw9400 workstations can be made equipped with Windows Vista or XP.

Pricing and availability information of the new HP xw series workstations are not available as of now.