HP made a re-entry into the tablet segment with the original Slate 7 earlier this year and now, the company is offering even more options in the series through the Slate 8 Pro, Slate 7 Plus and Slate 7 Extreme. Currently, the first two tablets have been put up for grabs through the company’s online store and Best Buy, while the last option is yet to be in stock.

All three devices are powered by Nvidia Tegra chipsets. Let’s start off with the Slate 8 Pro. HP has designed this one with the latest generation SOC, the Tegra 4 which is clocked at 1.8GHz with quad Cortex A15 cores. The device has an 8-inch display with 1600 x 1200p resolution and Corning Gorilla Glass 3 as well as dual cameras, a 720p front webcam and an 8MP rear snapper. 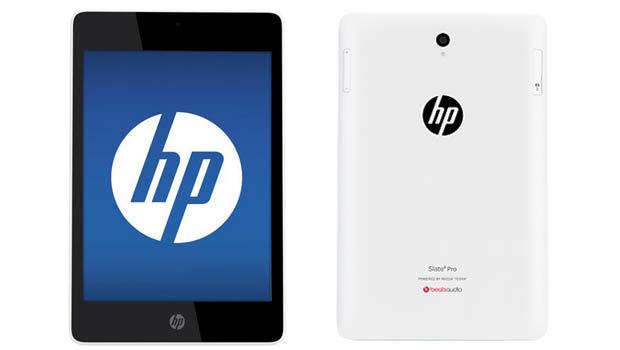 On the inside, there’s 1GB of DDR3 RAM, 16GB of storage, a 5680mAh battery with up to 11.5 hours of activity and various connectivity features such as Wi-Fi and Bluetooth. The Slate 7 Plus rocks a Tegra 3 processor, an HD touchscreen and it runs Android 4.2.2. It’s being deployed with 1GB of RAM, 8GB storage and a 4000mAh battery with 6.5 hours of activity. You also get a VGA camera on the front and a 5MP AF one on the rear.

Last on the list is the Slate 7 Extreme which is HP’s version of the Tegra Note reference design from Nvidia which is also being offered by Advent in the UK, EVGA in the US and Xolo in India. Hardware-wise, the device has a 7-inch HD screen, a Tegra 4 SOC, 1GB of RAM, a 5MP primary camera, a 4100mAh battery and 16GB of storage. 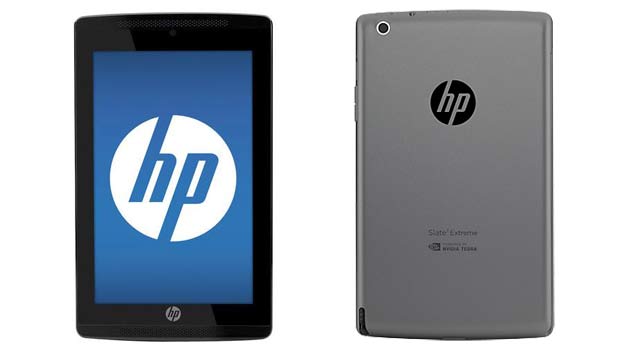