The HP SlateBook which was leaked in its entirety back in April has now gone official in the US. The device is a 14-inch notebook that runs on Android and it’s powered by the Tegra 4 chipset from Nivida. The company has also announced other devices and upgraded models of previous products.

The HP SlateBook is not to be confused with the SlateBook x2 which is an Android tablet also powered by the Tegra 4 chipset, accompanied by a keyboard dock. The new model has a larger screen of 14 inches, compared to the 10.1-inch FHD panel on the latter. The laptop features a plastic design with a 2-shade finish. The majority of the body has a space silver coating while the company’s logo on the lid and the sides where the ports are situated flaunt a yellow shade. 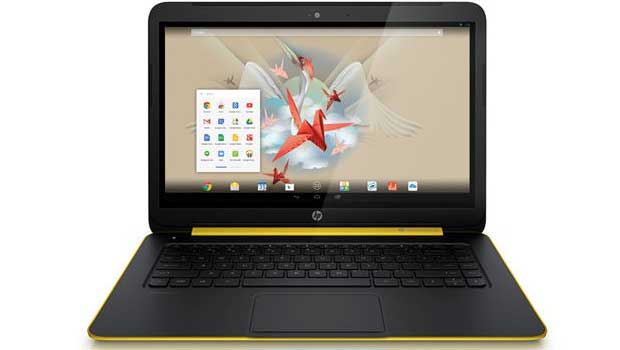 The notebook also has a lightweight build tipping the scales at 3.7 pounds, with a thickness of 16mm. Android 4.3 Jelly Bean is what the device offers with the 1.8GHz quad core processor. Visuals are delivered through a FHD BrightView WLED-backlit display. Where memory is concerned, there’s 2GB of dual channel RAM and storage options of 16GB, 32GB and 64GB. HP has also thrown in Beats Audio with four speakers and its TrueVision HD webcam. You can expect up to 9 hours of battery life. 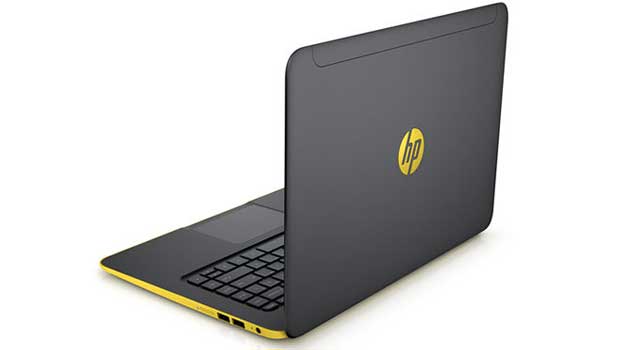 The HP SlateBook will hit stores on July 20 in the US for a price of $429.99 and above, according to the presser. However, the product page notes that the starting amount will be $399.