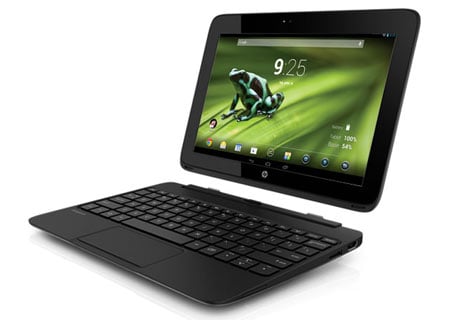 Along with the Split x2, HP also took the wraps off the SlateBook x2 in US and has decided to put the device on sale in a couple of month for an attractive price. While the former runs on Windows 8, the latter arrives with the Android platform on-board.

The HP device features a hybrid laptop form factor, much like the Asus Transformer range. The company has implemented the same design language that other members of the x2 series come dressed in. The device is the smallest in the range with a 10.1-inch display. On the bright side, its BrightView LED backlit IPS panel proffers the highest resolution of FHD 1920 x 1200 pixels which is industry standard for top-tier gadgets. 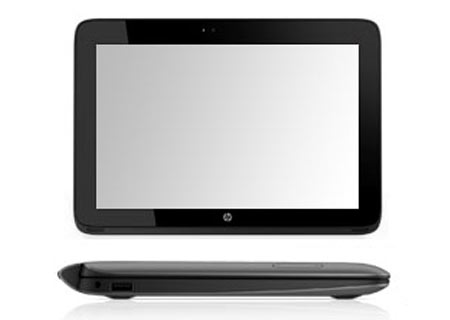 The main star of the show here is the Nvidia Tegra 4 SOC. The chipset packs in a quad core 1.8GHz CPU that’s based on the Cortex A15 architecture along with a 72 core GPU. Accompanying the module is 2GB of RAM that operates at 533MHz to power up the Android 4.2 platform. For hoarding content, there’s a 64GB eMMC SSD on board and users will be able to keep themselves busy with the dual HD cameras fitted onto the front as well as rear.

For enhanced productivity and a laptop-like experience, the lower portion tags along a full-size keyboard and a clickpad as well as a second battery to go the extra mile. As expected, buyers will be presented with a few pre-loaded goodies in the form of the Media Player and camera applications from the company. The latter enables users to capture panoramas and record videos at 720p or 1080p resolutions. To top it off, there’s access to the Play store for downloading apps, games, movies, books and more. 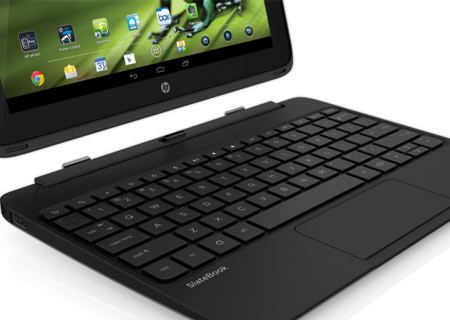 The SlateBook x2 will be available starting at $479.99. The company plans on putting it on sale in choices of snow white and smoke silver sometime during the month of August.

Listed below are the key specifications: