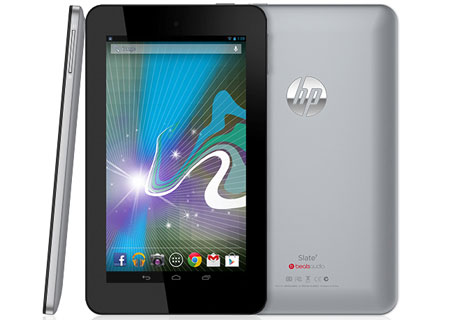 HP has had its Slate 7 release date unofficially revealed for the UK and the device which will sell for the low price of £129 is up for pre-order now via the company’s store in the nation. We saw the tiny tablet at the end of February in two color options – a silver-grey and a beautiful red – but that one was headed to the US.

At that time, the entire list of the device’s specs was not made known. But what was known was that the slab would have a 7-inch High-aperture-ratio Field Fringe Switching (HFFS) panel that had been given the benefit of wide viewing angles so that outdoor usage wouldn’t be a problem. Android Jelly Bean (version 4.1) was, and still is, the platform of choice. 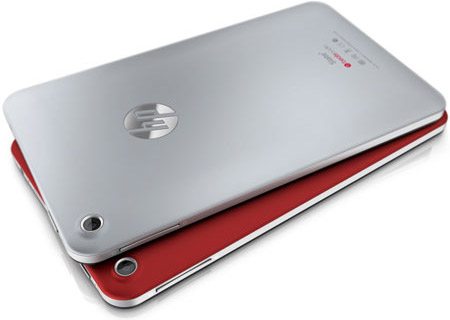 Camera capabilities had also been revealed. A 3MP snapper sits comfortably on the rear panel, and there is a VGA webcam on the front for just the bare essentials. We also knew that there would be 8GB of internal memory, but now it has been confirmed that this will be in the form of an eMMC SSD, with expansion of up to 32GB possible using a microSD card.

The device will be driven by a dual core ARM Cortex A9 chip made to tick at 1.6GHz and have 1GB of DDR3 SDRAM to keep things running as they should. Bluetooth and Wi-Fi are also present and add to the device’s functionality. The array of ports will include a 3.5mm headphone jack, one microUSB port and one microSD card slot as already mentioned. 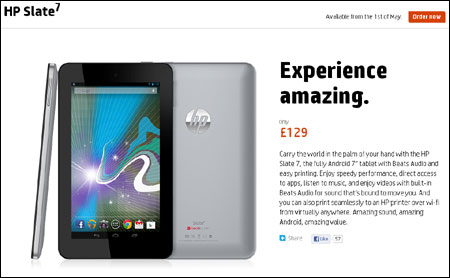 Of course, the tablet will be compatible with the Google Play store and it will come pre-installed with apps for YouTube, Gmail, Google+ and others. It will also feature the manufacturer’s ePrint and native Android printing software. Additionally, a 1-year limited hardware warranty has been thrown in.

As Android Central is reporting, UK buyers will only be able to pre-order the silver model of the HP Slate 7 now, while there is no word on the red color option. It is set for a release on May 1 and weighs just about 370 grams.