After launching its new 7 VoiceTab in India back in October, HP has now brought the Slate 6 VoiceTab II to the country and is selling it at Rs 15990. The device in question is the successor to the popular 6-inch phablet which has now been discontinued by the company and is nowhere to be found on the official website either.

The HP Slate 6 VoiceTab II offers a tweaked design as compared to its predecessor and what’s disappointing is that it doesn’t have the textured finish on the rear which made the previous tablet an attractive pick. Instead, the new model has a plain silver backdoor. Entertainment is still the main focus of the device and the company has retained the dual front-facing speakers as well. 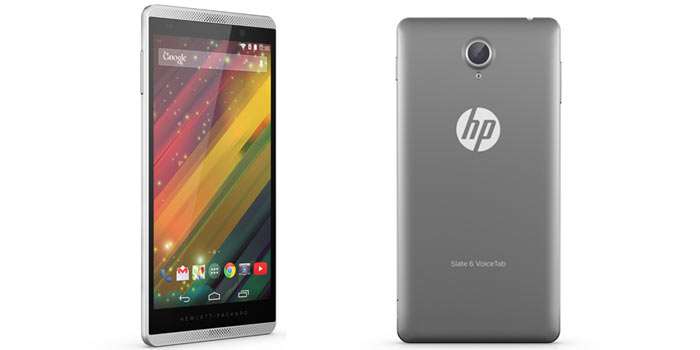 And like the previous model, this one also supports voice calling with dual SIM card slots and data access over 3G networks. Additionally, the processor hasn’t changed either as the same 1.2GHz quad core Marvell PXA1088 chipset does the heavy lifting.

For memory provisions, there’s 1GB of RAM, 16GB of internal storage and a 32GB compatible microSD card slot. The phablet is pretty lightweight at 160 grams for a 6-inch release, and it comes with a 3000mAh Li-ion battery that’s capable of up to 10.5 hours of 3G talk time, around 9 hours of video playback or approximately 5 hours of web browsing over Wi-Fi.

The HP Slate 6 VoiceTab II can be purchased through the company’s online store from this link. You’ll also be able to get your hands on a flip case and screen guard for an additional Rs 899 as part of a promotional offer.