The HP Slate 6 VoiceTab has finally been launched in India and the Slate 7 is on its way into the country. The former has already hit availability status, but the exact release date for the latter has not been disclosed as yet. Their prices start at Rs 16,990.

First up is the HP Slate 6 VoiceTab which is fitted with a 6-inch IPS touchscreen of 1280 x 720p resolution. The black-colored gadget draws power from a 3000mAh battery. And as for the Slate 7, it provides a multi-touch real estate of 7 inches deployed with the IPS technology. It can deliver visuals in a resolution of 1280 x 800 pixels. This slate comes drenched in the shade of white and integrates a battery of 4100mAh capacity. 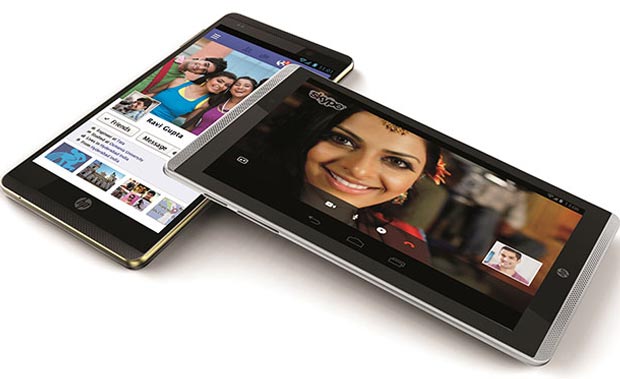 Both the dual SIM voice-calling phablets make the most of a quad core Marvell PXA1088 processor that can clock in a speed of 1.2GHz. They are based on the Android Jelly Bean 4.2.2 and feature 16GB of onboard memory which is expandable by up to 32GB using a microSD card. Apart from this, you get 25GB of cloud storage with each of the tablets.

And what’s more, there’s 1GB of DDR2 RAM and you can expect a 5MP rear camera as well as a 2MP webcam. The common connectivity options like Wi-Fi, 3G, Bluetooth and more have also been thrown into the mix in addition to some proprietary applications. 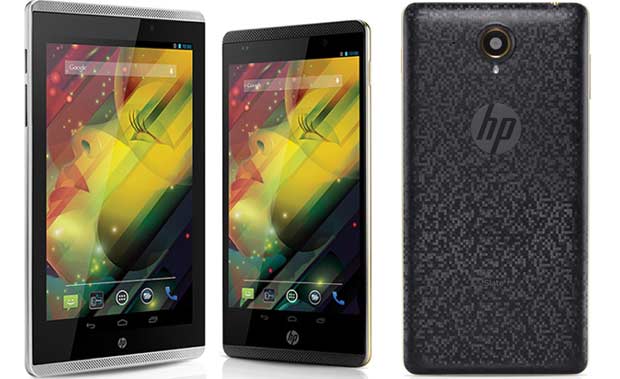 The HP Slate 6 VoiceTab carries a price tag of Rs 22,990 and you can now purchase it via the official website. The HP Slate 7 VoiceTab will set you back by Rs 16,990.

Common specifications of the HP Slate 6 and Slate 7 VoiceTabs: