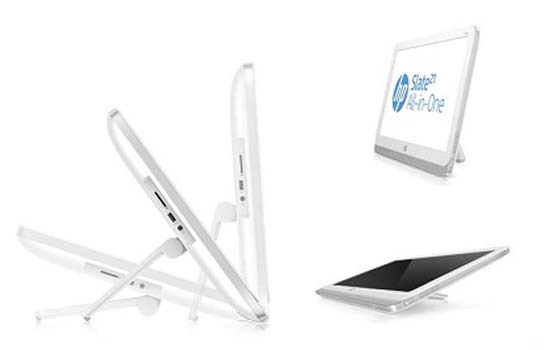 Meet the HP Slate 21, an AIO that aims to deliver a rich entertainment experience through a large screen display with none other than Android in the driver’s seat. Well, the concept isn’t the first of its kind as the Transformer AIO from Asus is designed with a similar approach, although the HP one only runs Google’s mobile OS and not Windows.

We’ve seen Android on smartphones, tablets, notebooks, gaming consoles and even TVs amongst others. A full-fledged computer will enable users to access various services and applications like Hulu Plus, ESPN and more, on a big screen. Eric Wiggins has detailed out the capabilities and features of the HP Slate 21 through an interview on the company’s The Next Bench blog.

Starting off with the design, the HP Slate 21 AIO has a 21.5-inch display which proffers FHD resolution of 1920 x 1080 pixels. The HP 21 Slate can be mounted onto a wall through a standard VESA stand or buyers can make use of the memory hinge to adjust the screen between 15 and 70 degrees when placed on a table. The exterior plays host to a number of components which include a SD card slot for memory expansion and 3 USB 2.0 ports which can be used for connecting an external HDD or SSD. 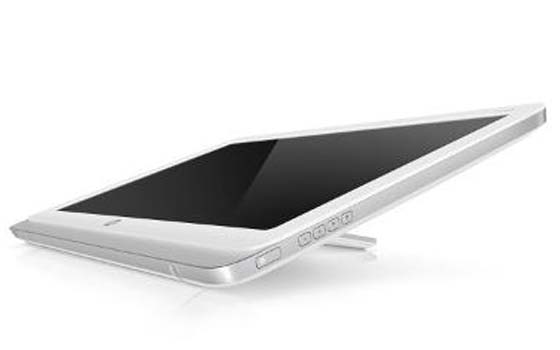 On the inside, the company has dressed the HP Slate 21 with 8GB of memory, a Tegra 4 processor, DTS sound as well as Wi-Fi and Bluetooth 3.0 modules. The Android 4.2.2 platform runs the show and the company states that it’s working with Google and Nvidia to bring the next versions of Android onto the AIO and even create a release schedule. Lastly, the desktop comes with the Splashtop2 HD application preloaded, allowing users to operate any Windows PC at home.

The Slate 21 is expected to go on sale in the US for a $399 price. Eric Wiggins notes that the initial batch of units will be ready for shipment by September.