HP is really keen on bringing Android to big screens as another large device, the Red, has been leaked online. This is most likely another addition to the Slate AIO lineup and its specs have been divulged through GFXBench.

Chinese website Juggly spotted the HP Red at the benchmark website. The device is said to have a 16” display which makes it a feasible addition to the Slate AIO series. Also, there’s a possibility that it may land up as a tablet or convertible notebook since the company has added dual cameras, 2MP front and 8MP rear. 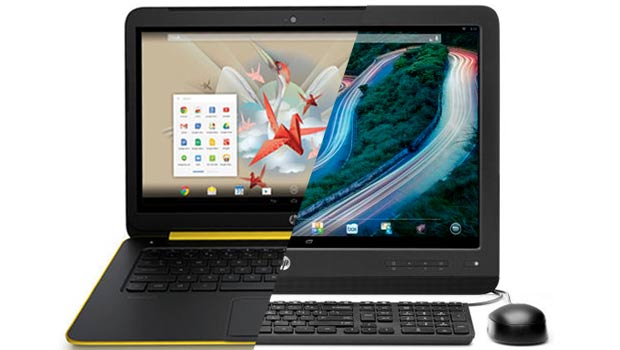 It would be quite odd having a rear snapper on a desktop PC, albeit this one will be highly portable, so HP’s real intentions are still a mystery. And components such as an accelerometer, barometer, gyroscope and pedometer amongst others confuse things a lot more.

Hardware-wise, the device will be a powerhouse carrying a 2.3GHz quad core Snapdragon 800 chipset and a high resolution 2048 x 1536 pixel display. For memory, 16GB of internal storage and 2GB of RAM will be provided, while Android 4.4.2 KitKat runs the show. HP is also working on the Slate 17 AIO PC which features a 1080p display, Android 4.4.2 KitKat and a dual core Intel Celeron processor.

The aforementioned sensors are mostly found on smartphones and tablets, not destop PCs. This makes the HP Red a very interesting device.