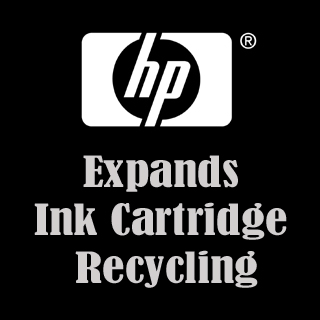 American information technology firm Hewlett-Packard (HP) has developed a technique to use post-consumer, recycled plastic inside its printer ink cartridges.

To carry out this eco-friendly procedure, plastic from HP’s existing printer cartridges is taken and recycled by using the company’s Planet Partners product recycling program. Apparently, they can be set to a multi-phase recycling process that narrows them down to raw materials such as plastics and metals, which then mixes the plastic with recycled bottle resin and a collection of compounding additives.

Michael Hoffmann, senior vice president of HP’s Supplies, Imaging and Printing Group said, “By developing the technology to use recycled plastics in Original HP inkjet print cartridges, we have the opportunity to reduce the environmental impact HP products have on the planet.” Adding, “HP’s considerable investments in building a recycling infrastructure made this achievement possible, and this is just the beginning of what we hope to accomplish.”

This innovative method has already been tested, and is currently going through the production phase. HP stated that during the trial period, which kicked off way back in 2005, it already produced over 200 million cartridges, and further expects to employ 10 million pounds of recycled plastic during the course of the ongoing year, partly as a result of the new manufacturing technique.

Totaling up, the recycled plastics content makes up between 70 and 100 percent.

In 2007, HP used over 5 million pounds of different types of recycled plastic in manufacturing inkjet cartridges. The company intends to double the amount of recycled content used, in 2008.

In 2007-end, HP revealed details of a study that concluded that original HP inkjet print cartridges were twice as efficient as remanufactured, refilled ones. And this latest initiative ascertains that the company wants to become the undisputed leader in the forte of printing. Do we also sense that the company may be striding its way to the plausible top spot of this year’s Greenpeace Guide, from its average rank last year.