HP Pavilion HDX- the 20-inch Gaming Notebook in the Works 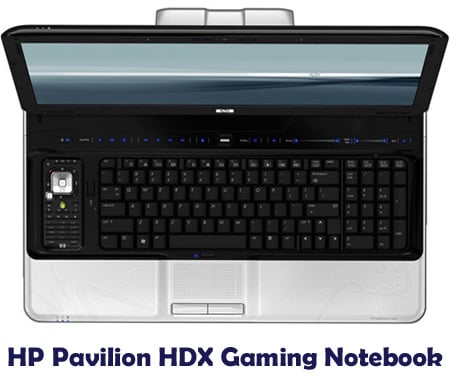 The HP Pavilion HDX gaming notebook bundle Intel’s Santa Rosa-based Core 2 Duo processors. It will have NVIDIA GeForce Go 8000-series GPU along with an option for a HD DVD. The Pavilion HDX will feature a HDMI output as well as a webcam.

But where the HP Pavilion HDX stands out in comparison to other gaming notebooks is in the lower half of the casing, where a touch-sensitive Windows Media Center remote is fitted. Thanks to this, the HP Pavilion HDX has a 20-inch display and a full size keyboard with number pad. It also features a handle that will allow gamers to easily carry the 12-pound gaming notebook.

Another rumor states that HP’s gaming machine has a framework that has been designed by Voodoo PC, however no sure shot confirmations on this yet.

HP has not revealed any details regarding its Pavilion HDX gaming notebook yet. However latest pics and details (mentioned above) of it, which were leaked, are now doing the rounds on the internet.