HP has announced a refreshed lineup of products for the 2016 holiday season covering premium laptops and desktops like the Spectre x360 and Envy 13. The new devices are more or less revamped versions of existing offerings, with the brand focusing on making them slimmer and longer-lasting than before.

The new-and-improved Spectre x360 has been stuffed with specs like Intel’s latest 7th Gen processors and a larger 57.8W battery. This in turn has allowed HP to make the laptop last for 15 hours at a stretch, a 25% improvement over the previous model. The brand also claims that the notebook can be charged to 90% capacity in 90 minutes.

In terms of style, HP’s made the device thinner than its predecessor at 13.8mm and lighter at 2.85lbs only. The company’s further equipped it with a brand new micro-edge display design to narrow down the bezels by 10mm on both sides of the panel. In good news for audiophiles, the laptop now has 4 speakers instead of just 2.

Moving on to the Envy 13, HP promises 4 more hours of battery life, translating to a total of 14 hours. However, the manufacturer had to add a larger battery to bring this about, meaning the offering is a tad thicker and heavier than its previous variant at 14mm and 3.15lbs, respectively. Other changes include 7th Gen Intel CPUs, an elevated hinge design for more comfortable typing, and an extra-wide touchpad. 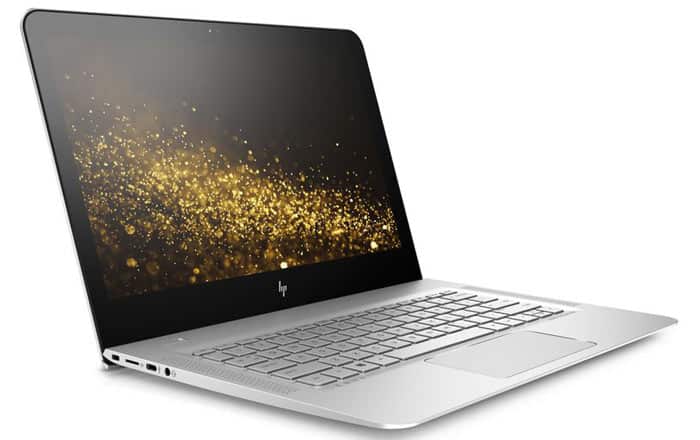 Finally, HP has released a new Envy AIO 27 and Envy 27 Display. The brand’s moved the computing power of the former to its base in order to cut down on the screen’s thickness by 44%. As for the latter, it’s 27-inch panel outputs 4K visuals free from image tears and stutters thanks to AMD FreeSync support.

Also Read: HP’s new Sure View screen can stop people from spying over your shoulder