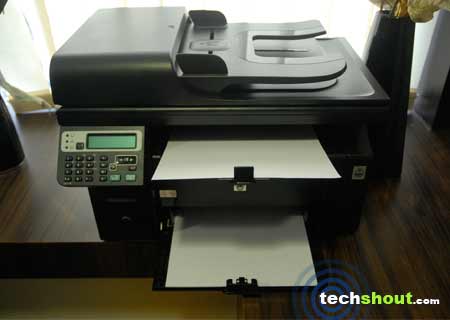 The HP HotSpot LaserJet Pro M1218nfs MFP has landed at our HQ and we’re giving it a hands-on treatment by putting it through a review. We’ve toyed around with monochrome copiers before, but this time the California-based company has given us something a little different and quite unique to fiddle with. Apart from printing, scanning and faxing documents, this chunk of machinery also acts as a wireless access point or a mobile hotspot, hence the name. The concept of wireless printing isn’t new and the manufacturer’s ePrint facility has been around for quite some time now. So what makes this device different? For starters, it can share internet connectivity over Wi-Fi and you’ll also be able to get your documents on paper from a smartphone, tablet and laptop, sans the need for a wired connection. We’re going to dive in deeper through the rest of this review, so do join us. 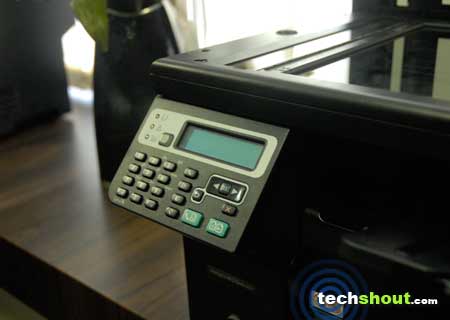 The company seems to be following a similar design language for its business class printers. The M1218nfs is highly similar to the LaserJet Pro M1212nf. The former however has a little more to offer on the features front. In terms of dimensions, it measures 435mm x 265mm x 306mm and weighs roughly 8.3kg. Starting from the top, you’ll find the ADF (automatic document feeder) which can be used to duplicate pages and even send faxes. This component can hold up to 35 sheets at a time. Resting just below it is the flatbed scanner which measures 216mm x 297mm. Moving down further, you’ll find the output tray which can carry 150 printed sheets. And on the left is the control panel which has an assortment of buttons including numerical keys for faxing and navigation control amongst others. Lastly, the paper input tray is situated at the bottom besides the power button. This bin is designed to hold a total of 100 sheets. 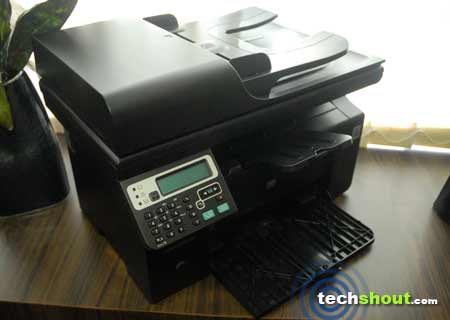 As you already know, the M1218nfs is a multi-function printer. In this segment, we’re going to detail out the technical aspects of the device and its claimed capabilities. For starters, it supports a wide range of systems such as Microsoft’s Windows 7, Vista, XP, Server 2008 and Server 2003 as well as Mac OS X 10.5 or later and Linux. The device should also be compatible with Windows 8. Catering to small business needs, the printer is capable of delivering up to 18 A4-size pages in a minute at 600ppi for complex graphics, 300ppi for simple objects as well as text and 150ppi for photos. Where scanning is concerned, you’ll be able to obtain full color documents at 1200ppi through the flatbed scanner. Copies from the document feeder can be derived at 300ppi, with support for manual 2-sided duplex photocopying.

The device comes with a pre-installed black toner cartridge which is an introductory version that can provide up to 700 pages. However, with the CC388A replacement unit, you can expect roughly 1500 pages till the magazine runs dry. On the technical front, this laser printer can accommodate 1 cartridge and it’s equipped with a 400MHz processor coupled with 64GB of memory. And where connectivity is concerned, it packs in a USB 2.0 socket, a 10/100 Ethernet network port, an RJ-11 telephone jack and Wi-Fi 802.11b/g/n standards. Additionally, the company has thrown in various mobile printing technologies such as wireless direct, ePrint and AirPrint. 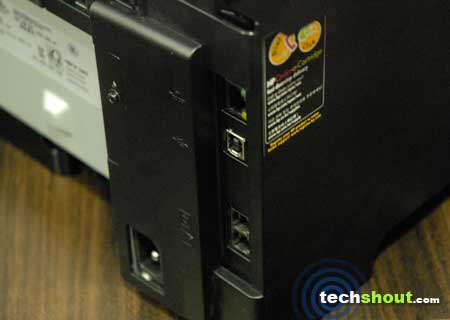 The hard part of setting up most peripherals is the time consuming process. Well, HP has simplified that to a great extent. You’re probably familiar with the term plug-n-play. The company has incorporated this feature into the device through Smart Install which allows you to load all necessary drivers and files without the need of an installation disk. It took us less than 5 minutes to get the device up and running. On hooking it up to a PC via USB, the setup wizard was automatically initiated and after a few clicks, the MFP was good to go. On the down side, we were required to insert the companion CD for drivers when configuring the printer on a PC over a LAN or wireless network. The bottom line is that setting it up is neither a tedious nor a troublesome task. 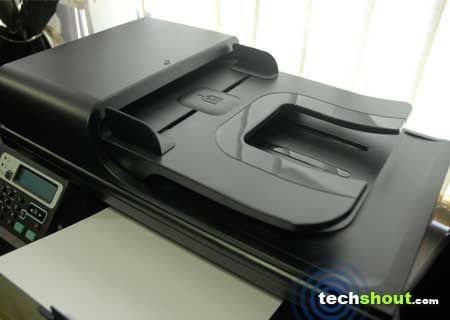 Here at our HQ, we’ve been using the LaserJet Pro M1136 for quite some time now and compared to the M1218nfs, both share a few common features. For instance, they can churn out the first page in less than 8.5 seconds, after which it barely takes a second or two for other sheets to follow through. Well, the former lacks fax support and even network printing, both of which are essential for small offices. The machine in question however, delivers the entire package in a compact footprint compared to the relatively large M1536dnf which we reviewed back in April. Pages rendered with the device are certainly superior in quality against that of the M1136. Where printing plain text is concerned, we received clear and crisp lettering, while graphical images turned out pretty well too with high levels of detail visible.

Owing to the device’s plug-n-play capability, setting it up is a breeze.

The MFP can support up to 8 mobile devices over its Wi-Fi connection and also be used for internet sharing.

Quality-wise, the machine can deliver decent renders not only with text, but also images.

Printing from a mobile device is relatively easy.

Pages tend to curl and get pretty warmed up when we started to print on both sides.

Documents and images sent over or captured from a mobile device turn out partially printed at times.

The HP HotSpot LaserJet Pro M1218nfs MFP is one compelling selection that will definitely play well with SOHOs. It’s fast, easy to set up and everyone in the office can use it over a wired or wireless network. Plus, you can expect it to churn out up to 1500 pages with the CC388A cartridge which sells for Rs. 4,229. We feel it deserves an 8 out of 10 rating. In India, the printer is available for around 18,306.